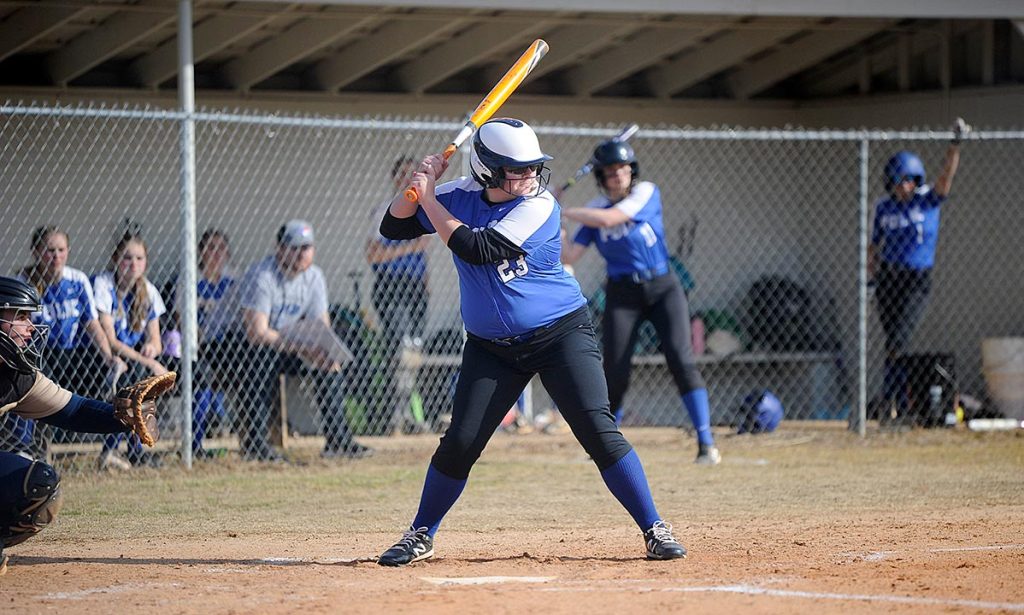 With so much youth on his roster, Polk County softball coach Phillip Miller takes no game for granted this season.

Which makes afternoons such as Monday that much more enjoyable.

Perhaps befitting their youth, the Wolverines had a Sweet Sixteen-type of day, pounding out 16 hits and 16 runs in topping East Henderson 16-6 in a five-inning home matchup.

Polk County (7-6) scored six runs in both the first and second innings, building an early 12-0 advantage. The lead stood at 13-1 when East Henderson (3-7) rallied with five runs in the top of the fifth.

The Wolverines, though, quickly scored three runs in the bottom of the inning to end the game by run rule.

With two games set this week with R-S Central, picking up momentum before returning to Mountain Foothills 7 Conference play can only boost the Wolverines’ spirits.

“Hopefully these two games can get us started,” Miller said. “Any time you are as young as we are and you can get a win, that’s a good day.”

Mia Bradley singled to open the first inning and the Wolverines were off and running, loading the bases with no outs. Elizabeth Vitale smacked a two-run double and Chloe Young followed with a two-run single as Polk grabbed a 4-0 lead before making its first out. Young later scored, and Laney Littlefield tripled and scored later in the inning for the 6-0 advantage.

Kayleigh Wilson had a two-run double and Bradley had a two-run single to highlight the second-inning surge, which saw Polk belt five straight hits at one point.

Sarah Vitale earned the win, retiring the first nine batters in order and striking out six.

Young finished 3-for-3 with three RBI for Polk, with Bradley, Littlefield and Elizabeth Vitale each 2-for-4 with two RBI. Sarah Vitale and Miya Jackson each added two hits.

Wilson, Ada Kelley and Katelyn Arrowood each added base hits for Polk.