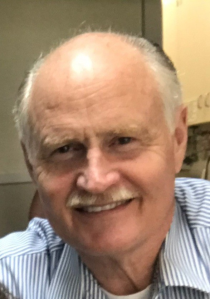 Saluda, NC– Dr. David Allen Wagner Sr., DMD, 66, of Holbert Cove Road, Saluda, North Carolina unexpectedly passed away in his home on April 11th, 2022.
He was born in Placerville, California March 15th, 1956 to parents Raymond Albert Wagner and Robin Marie Freeman Wagner. David was raised in Loma Linda, California where he attended elementary, high school, and undergraduate studies graduating with a degree in medical technology. David and his bride, Dianne, met working at Loma Linda Market. He was the bagger, and she was the cashier. They married on August 6th, 1982 in Windermere, Florida. The couple moved to Augusta, Georgia where he attended the Medical College of Georgia, school of dentistry. They welcomed their first child David Allen Jr, in 1986 during his Junior year. In June of 1988, they moved to Columbus, North Carolina where David joined Dr. John Oliver and began his dental career. A few months after the move they became parents to twins, Dianne Michelle and John. In 1991 they completed their family with Benjamin. David loved the Lord, and his life was a testimony to his faith, and he took every opportunity to share God’s love with us. His staff and patients were so important to him. His wife and children meant the world to him. He loved quality time with his family and whisking his wife away on Home Depot dates.
He will be dearly missed by his family and friends.
A funeral service will be held on Friday, April 15th at 3:00 at the McFarland Funeral Chapel, Tryon, North Carolina with Pastor Charles Ferguson. Burial will follow the service at Polk Memorial Gardens in Columbus, North Carolina.
Cards may be sent to, P.O. Box 275 Columbus, North Carolina 28722.
An Online guest register is available at www.mcfarlandfuneralchapel.com