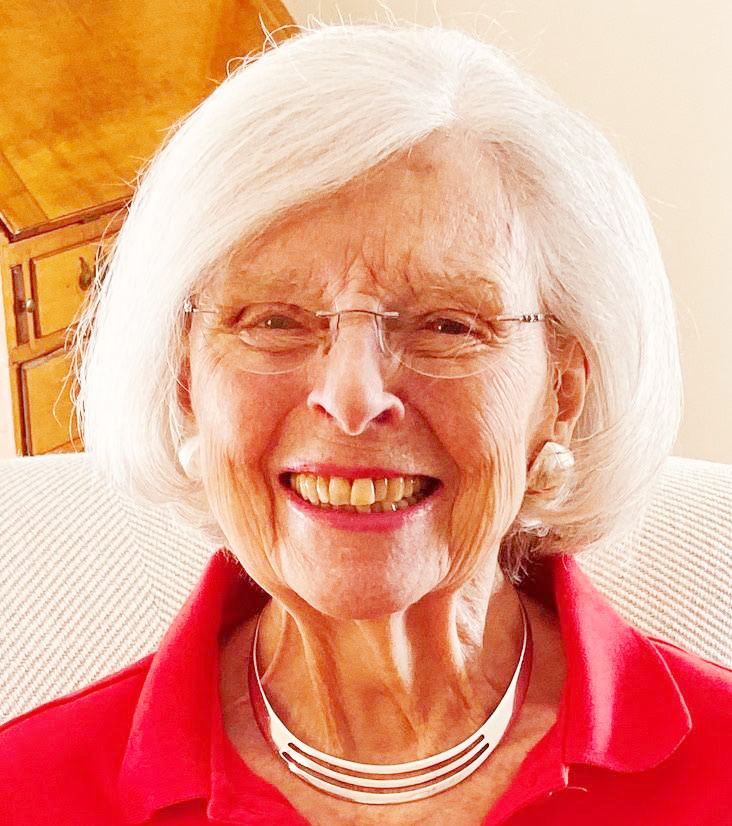 Rockville, MD— On April 3, 2022, Priscilla Moore Tapley passed away at Casey House Hospice in Rockville, MD. She was born on March 19, 1927, in Orange, New Jersey to George Thomson Moore and Esther Haynes Lane. Growing up she lived in Short Hills, New Jersey, Tryon, North Carolina, Swansea, Massachusetts, Santa Fe, Chicago, and Stratham, New Hampshire.  She attended the University of Chicago, Converse College in Spartanburg, SC, and graduated from the University of North Carolina at Chapel Hill (Phi Beta Kappa) in 1949.

In 1950, she married James L. Tapley of Shaw, Mississippi, having met him in Chapel Hill, NC where he was attending UNC Law School. The couple first lived in Tryon, NC and then in 1953, when Mr. Tapley joined the law department at Southern Railway, the couple moved to Chevy Chase, Maryland, where they raised their five children. The Tapley’s then lived in Georgetown, Salisbury England, and at Maplewood Park Place in Bethesda.

Mrs. Tapley obtained a master’s in library science degree at Catholic University in 1968. She worked as a librarian for the Montgomery County Public Libraries at the Chevy Chase branch.

Mrs. Tapley was an avid traveler, walker, crossword, and jigsaw puzzle aficionado. She was known for her quick-witted humor. She contributed her time and talent to the community through volunteer work in the Montgomery County public schools and library programs, and to the parish at Salisbury Cathedral. She had a keen love of music and nature.

She was a devoted wife and mother, and a steadfast friend.

A private inurnment at Arlington National Cemetery will take place at a later date.  Memorial contributions may be made to Foothills Equestrian Nature Center (FENCE) www.fence.org.