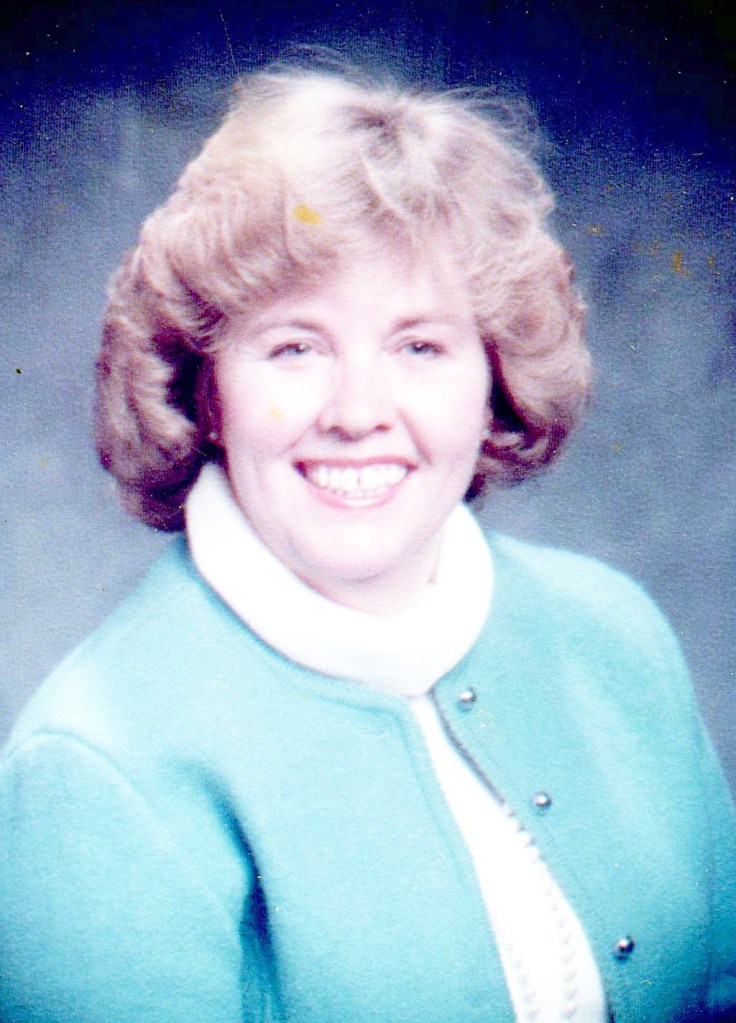 Tryon– Mary Catherine Tipton Holcomb of Tryon, NC, (previously of Charlotte, NC),  passed away Tuesday, March 8, 2022 at age 83.  Mary Catherine was the oldest child of Ross and Helen Tipton of Tryon, NC.  She grew up in Kentland, Indiana, and graduated from Indiana University and Marshall-Wythe School of Law at the College of William and Mary, at a time when few women were admitted to law schools.  At IU, she was a member of Alpha Omicron Pi sorority.  She was admitted to the bar in three states and worked for the Kentucky Attorney General’s Office and as Clerk of Court for the Bankruptcy Court in the Western District of North Carolina, as well as many years in private practice.  She also taught at North Carolina State University and Gardner-Webb University.
Mary Catherine had many hobbies, including cooking, reading, and music.  She was a member of multiple book clubs and loved going to the opera.  She loved travel, and in her lifetime visited many countries, including the United Kingdom, France, the Netherlands, Peru, Poland, the Scandinavian countries, and Russia.  Over her lifetime, Mary had numerous dogs and cats, each of which she loved dearly.
Mary Catherine considered her greatest skill and joy to be a mother and mentor.  She raised her sons, Erik and Brian, and loved them above everything.  She mentored dozens of lawyers over her career and took great pride in their successes.  She was beloved and will be missed by many.  After retiring, Mary Catherine moved to Tryon.  She was thrilled to have her parents, brother, and sons move to Tryon and join her, allowing her to provide them the devoted care she was known for.  She was active in social and community issues throughout her life, most recently with Habitat for Humanity and the American Association of University Women.  She was a member of the Congregational Church of Tryon.  In her last year, Mary Catherine was a resident of White Oak Manor of Tryon.  The staff and caretakers at White Oak dearly loved her, and she loved them in return.  Her family thanks each and every one of them for their loving care and friendship.  Her final words were “I love everyone.”
Mary Catherine was predeceased by her mother Helen in 2017, her father Ross in 2013, and her brother Thomas Tipton in 2011.  She is survived by her son Erik Holcomb of Tryon, her son Brian and son-in-law Joel Perkin of Landrum, and her niece Christina (Tipton) Hammock and her family of Winter Park, Florida.
A memorial service will be held at a date to be determined.  In lieu of flowers, donations may be made to Foothills Humane Society, the Tryon Fire Department, Four Seasons Hospice, or Hospice of the Carolina Foothills.