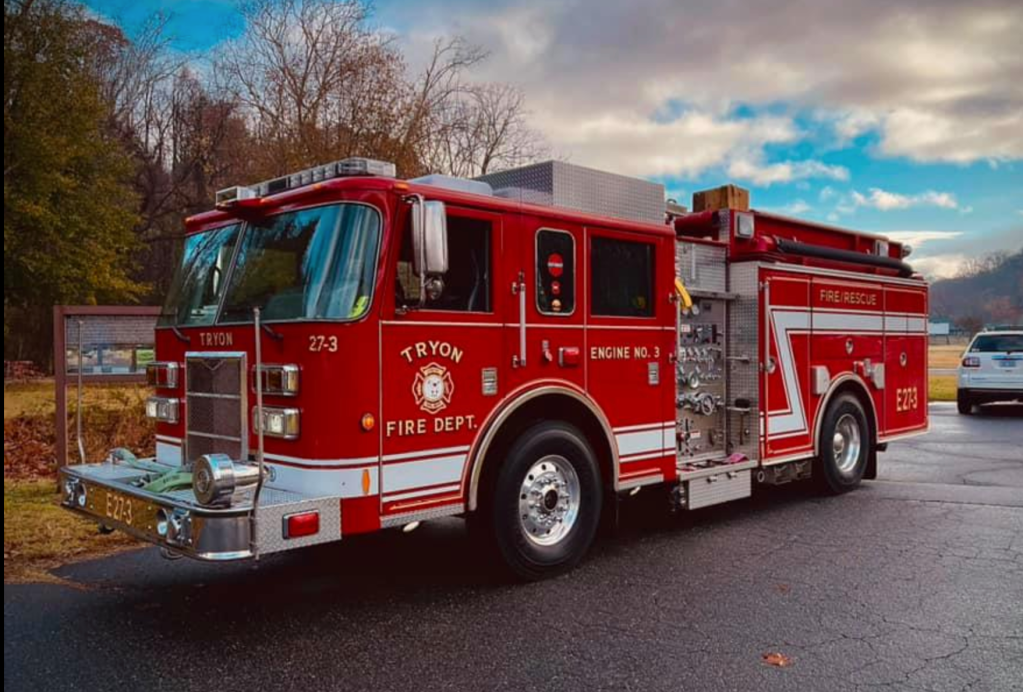 POLK COUNTY––The Red Flag Warning that is still in effect for South Carolina and Western North Carolina is having local fire departments preparing for outdoor fires. The strong winds combined with low relative humidity and warm temperatures that are occurring in this area can create a hazard when burning outdoors.

Patrick Corn, training officer and captain at Tryon Fire Department, says they have responded to one brush fire this month that was a controlled burn which got loose. He says, “Other parts of the county have responded to multiple brush fires actively burning and not under control in Western North Carolina.”

Corn says that every spring, Tryon Fire Department hosts the North Carolina Forest Service for a yearly refresher training, where they practice both new and old tactics.

They also discuss potential weather pattern predictions based on past years.

Thankfully, Corn says that this fire season, which goes from March until early May, has so far been mild compared to past years.

“Typically,” he says, “March is a pretty busy month for brush fires.”

Corn says that Thursday’s morning rain showers helped with the hazardous weather conditions. Though it might not have been enough rain to push parts of NC and SC out of the Red Flag Warning, he says, “It has definitely helped.”

Chief Dellinger also says that the rain, however, is only a short term fix, especially when rain is followed by high winds, as it was Thursday afternoon.

Corn advises citizens of this area to clean house gutters, blow leaves away from your house, and move away combustible items from around your house to prevent the spread of fire in the case of a brush fire.