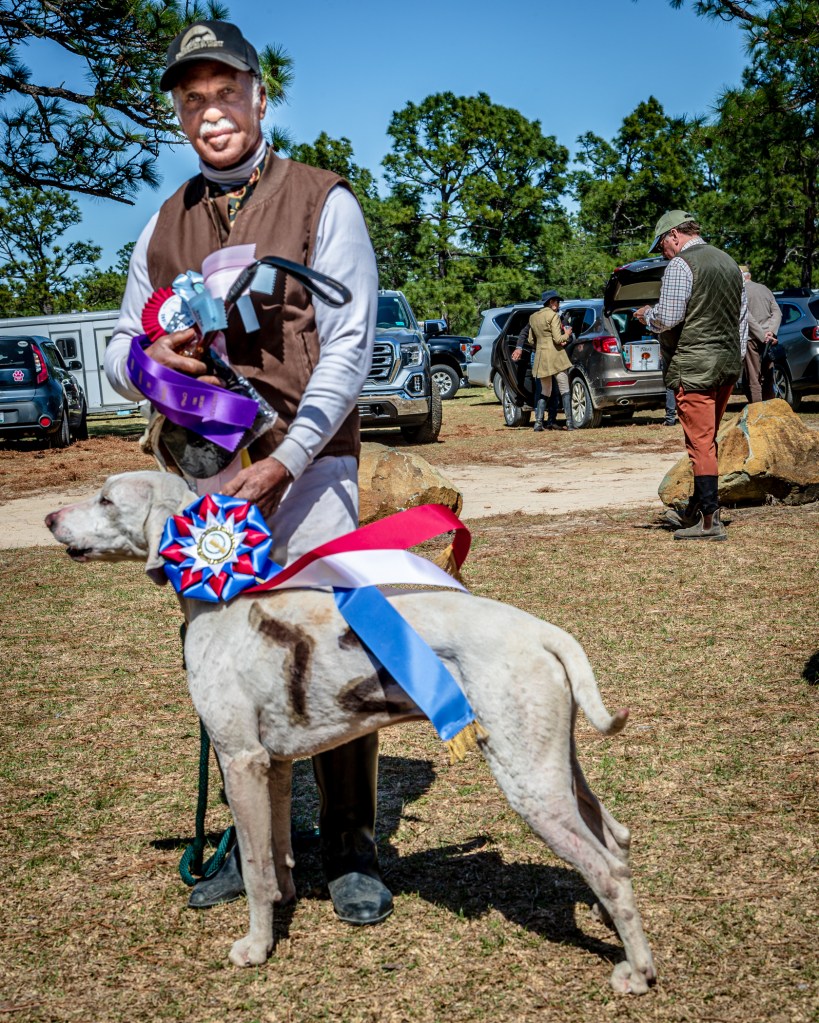 The National Foxhound Performance Trials Championship was held in Hoffman, NC, on March 25 through March 26. There were 90 hounds that qualified, 55 registered and 50 competed. There were 38 Hunts represented, with hounds coming from as far away as California.

When the dust settled, the National Champion Foxhound was Indigo of the recently formed Goodwin Hounds. Tot Goodwin is well known in the fox hunting community and has accomplished a great deal, but this win was particularly sweet. The response from his fellow competitors and peers was enormously gratifying. The crowd wildy approved the choice for Top Hound for one of the most renowned Huntsman in the sport.