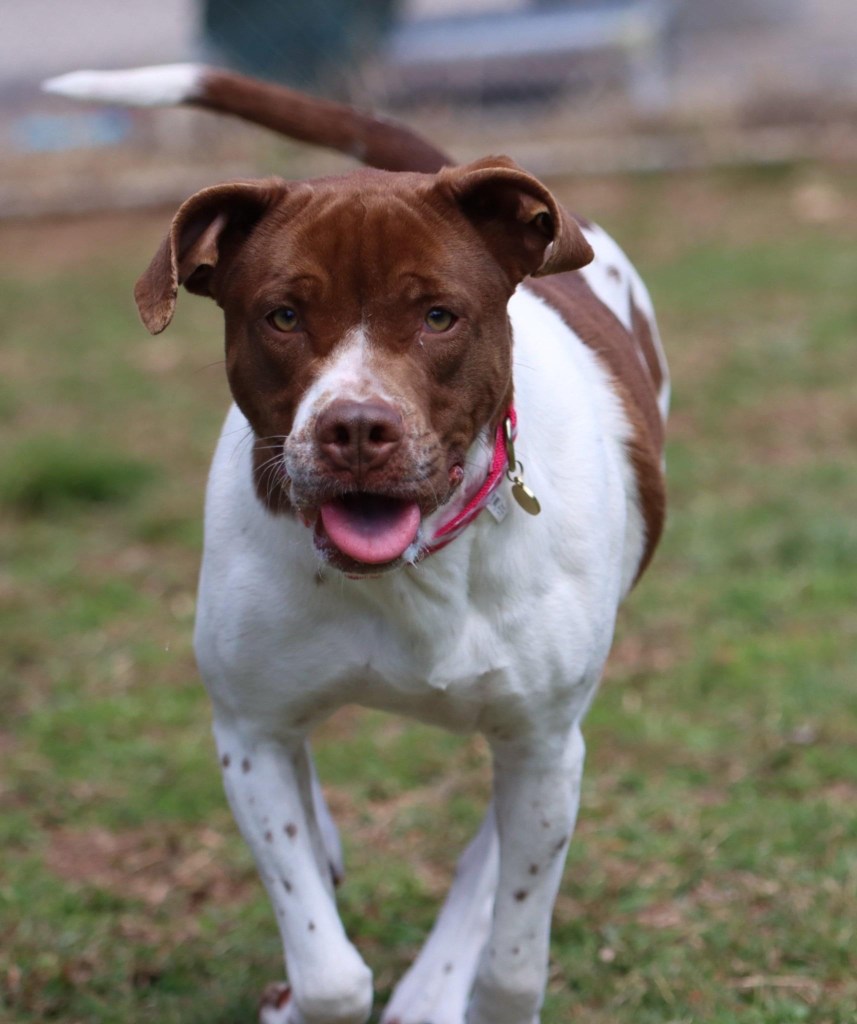 Rizzo, who now lives with new owners in Canada.

I’m often asked about the animals that are helped in my tales. For instance, Charlie, the little Shepherd mix pup that was found in a box with severe injuries, is a brave little fella who’s become the talk of the town to those in the loop. The last report is that he seems to be growing stronger by the minute. Make no mistake, your support and your prayers played a great part in giving Charlie the will to live.

I have had a few inquiries on Rizzo, what he was like and how he was doing. Rizzo was named after me, and when I first heard about him I went to visit him. He didn’t know me, so he was understandably tentative –  but I had treats with me.  “Come here, good looking, I won’t hurt you,”  I said as I held a treat out for him. When he came to the front of his pen to receive it, a young couple observing some of the canines came by.

“I know,” I replied, “and the dog is pretty cute too.” The young lady began to stutter and I laughed, “I’m just kidding, he’s my namesake and I’m just meeting him for the first time.”

Rizzo has been spoken for and is going to be shipped up to Canada. There’s a good chance he’ll be gone by the time you read this. If he lives up to his name he’ll certainly shake things up in the North Country.

I’ve had quite a few months of my output far out weighing my intake and funds are getting low.  I know times are tough, I’m hoping one or two of my super supporters will hear me. But I’m sure we’ll get by, the Good Lord has never failed to send me angels when my kids are in need. Thanks for listening.