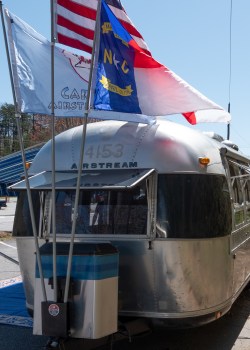 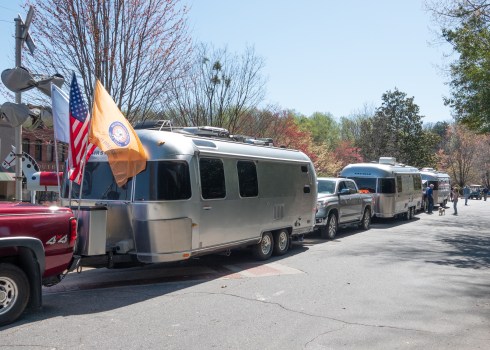 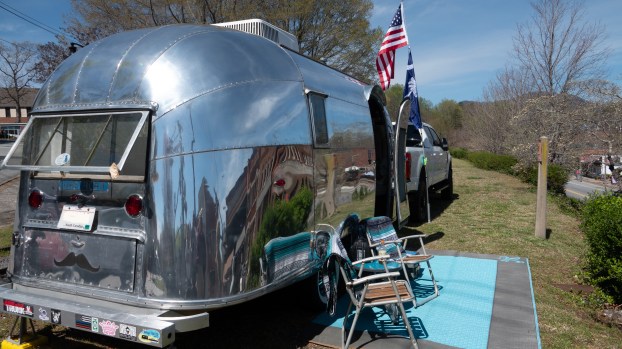 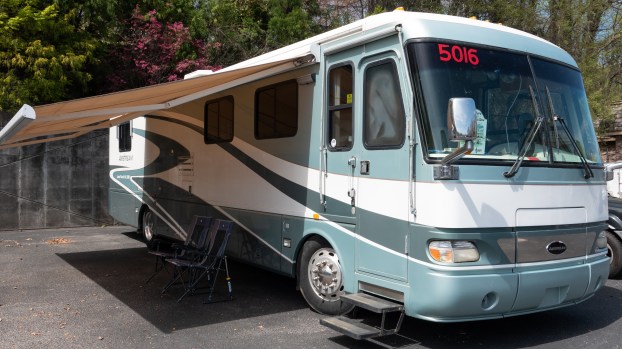 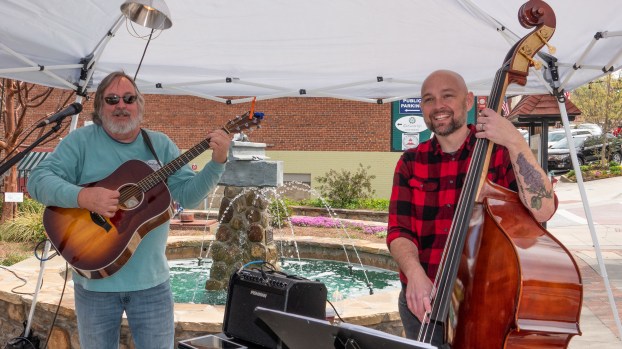 Tim Lee and Russ Chapman make up the band, The Faulty Plowers of Pelzer, SC. They entertained the Airstreamers and local diners with some afternoon music in the plaza at Huckleberry’s Restaurant. 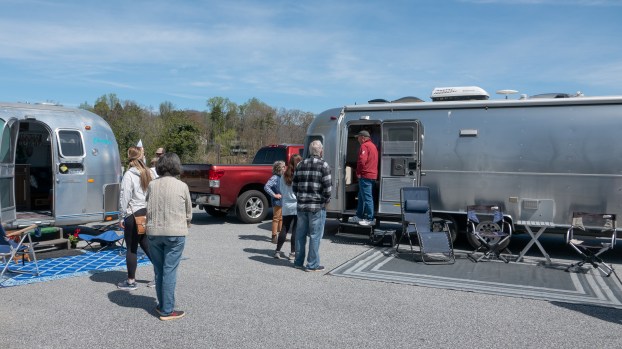 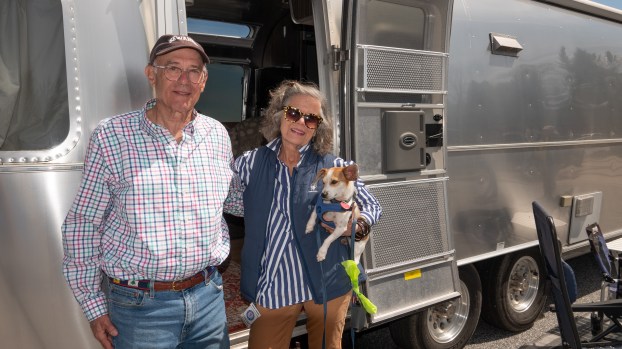 Skip and Denny Crowe, club members and local Airstream owners, helped organize and stage the local rally. They are joined by their camping companion, Henry. Their rig is a 2016 International Signature Series Airstream. 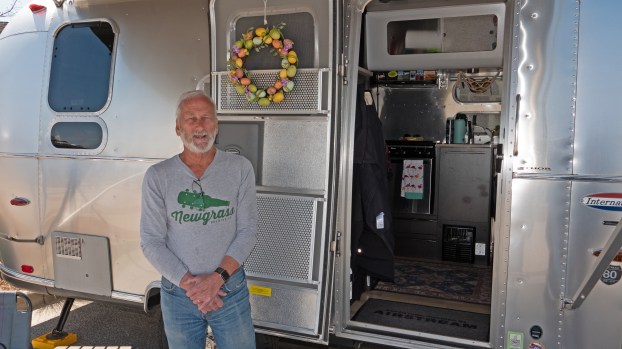 Roger Holland of Shelby welcomed a steady stream of visitors all weekend. 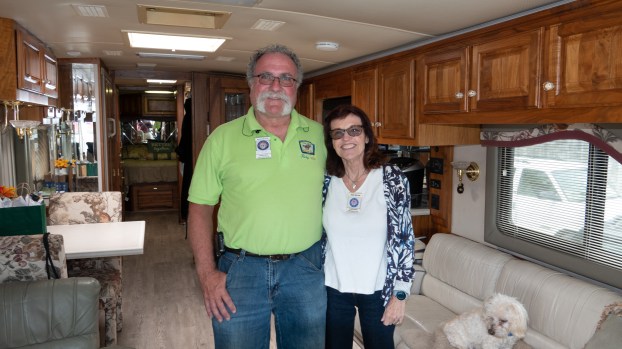 Ricky & Joan Wilcox of Belmont, NC had the only Airstream Class A at the rally. Their 390 Land Yacht is a 2000 model and visitors were wowed by its classic beauty. Ricky is the current first vice president of the Carolinas Airstream Club. 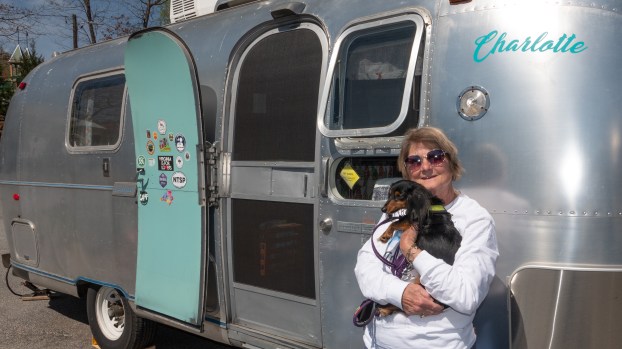 Claudia Fordham and faithful camping companion, Heidi, are living the life in a 1971 Airstream Safari Land Yacht. Goldsboro, NC is their home base. 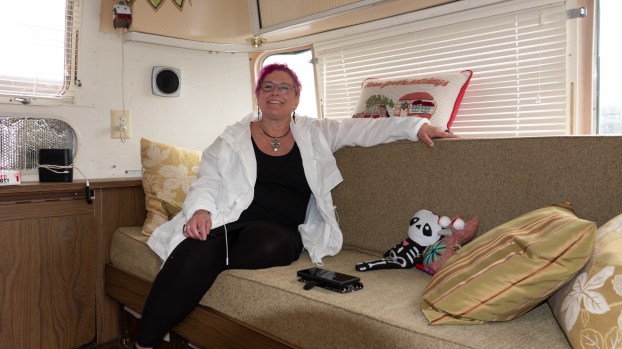 Cherylanne Weaver of Charlotte is traveling in one of the oldest Airstreams at the local rally, a 1972 International. Cherylanne has owned it since 2015. 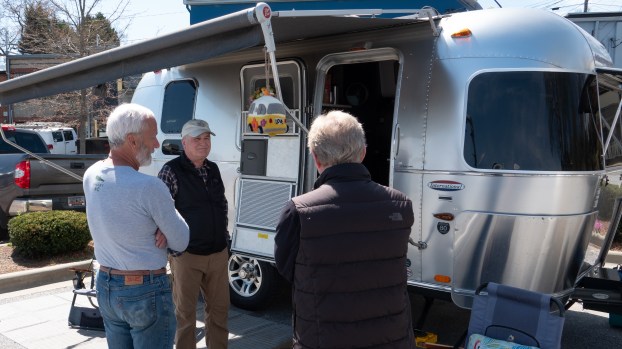 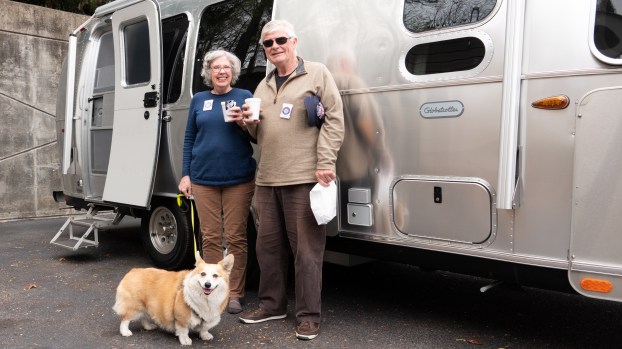 Carol and Bob Rychly of Asheville in their Airstream Globetrotter. Ellie, their dog, goes with them on every trip. 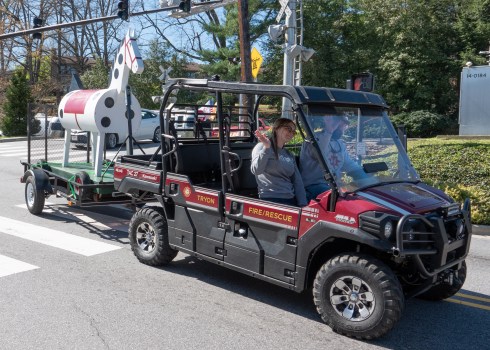 Morris, the Tryon Horse, helped escort the Airstreams into town. They spent their first night at Harmon Field before moving and setting up in downtown on Friday morning. 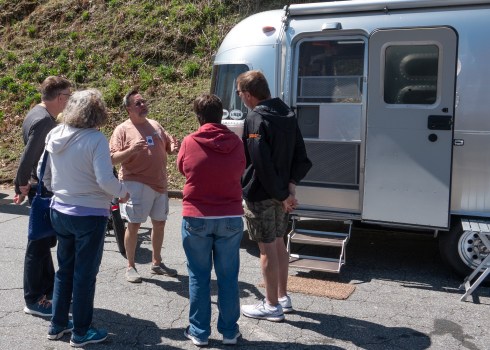 Owners enjoy showing their rigs to visitors. They are all fiercely loyal to the Airstream brand. 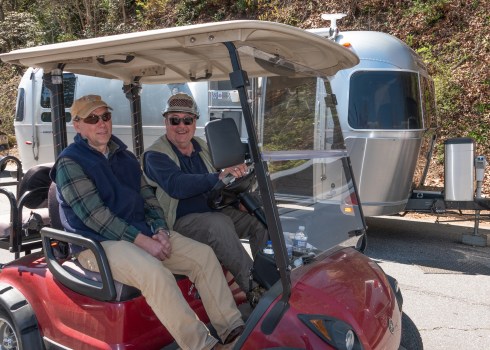 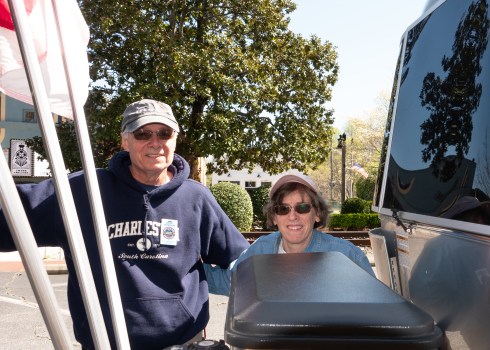 Bruce and Marcia Thompson of Advance, NC. Bruce served as president of the Carolinas Airstream Club in 2021. 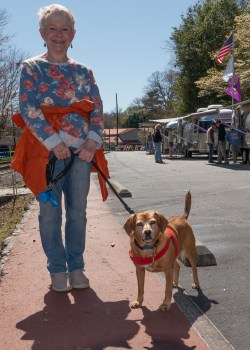 Marjorie Cooper and Benny from Tryon enjoy the sun and checking out all the Airstreams. 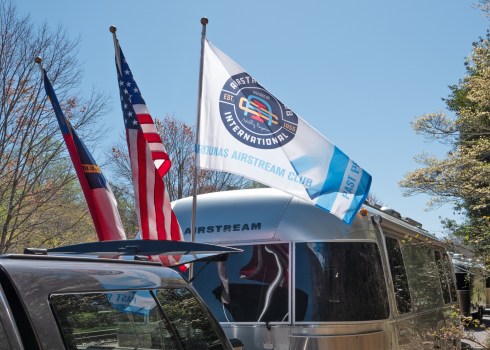 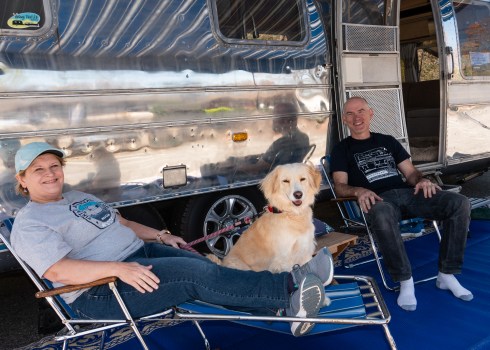 The Reverends Mary and Doug Miller of Winston-Salem and dog camper Sarah are enjoying touring in their 1983 Airstream Excella 31. 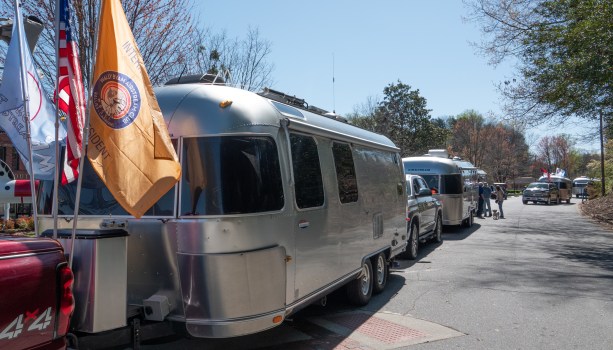 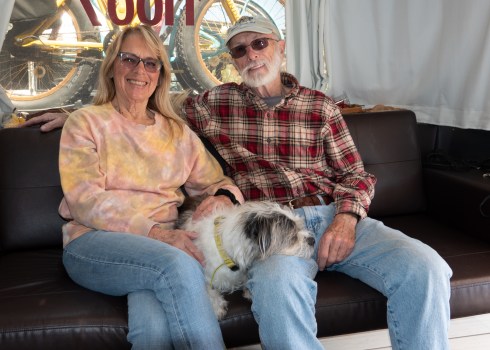 Lynne and Greg Wilson and Poppy of Corolla, NC came all the way from the Outer Banks for the event. 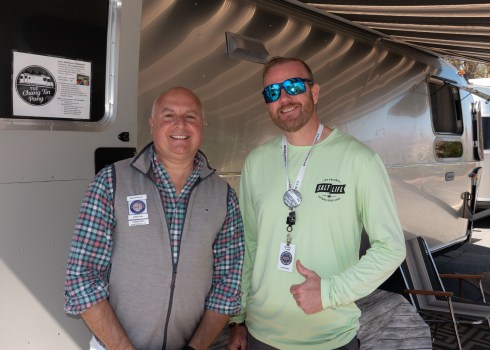 Bob Hoffman and Wayne Clark, both of Charlotte, are busy on the Airstream rally circuit. Bob is the current director of the Carolinas Airstream Club. Their travel trailer is named the Chang Tin Pony.

It was a big event the first weekend of April as nearly 20 Airstream RVs came into town. Sponsored by the Tryon Downtown Development Association (TDDA) and the Carolinas Airstream Club, the rally was the first for the town. The Airstreamers, a loyal band of owners, enjoyed their stay in Tryon and welcomed visitors into their campers. There were Airstreams over 50 years old at the rally and some virtually brand new. Skip and Denny Crowe, local Airstream owners, helped coordinate the event with the help of Wanda May and Paige Henderson who were representing TDDA and the Town of Tryon. It took a small army of volunteers to pull off this event. The Airstreamers are hoping this is an annual tradition.