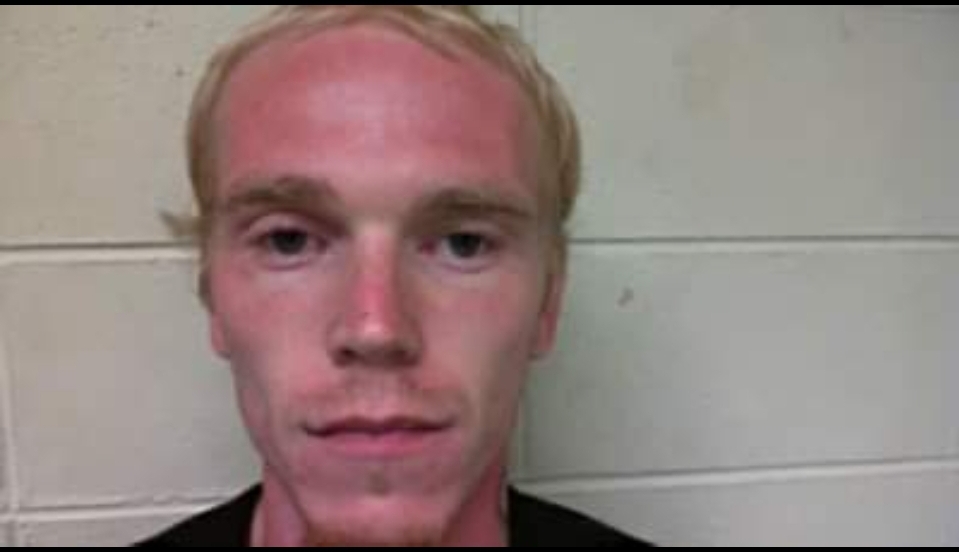 On the morning of March 24th around 9 a.m., Polk County deputies were involved in a high speed motorcycle pursuit. The pursuit ended on foot when the person of interest’s motorcycle was abandoned after having mechanical issues. The culprit was identified as Collin Jasiah Mills, who has a long criminal history in North and South Carolina.

During the arrest police inspected a small backpack that was in Mills’ possession and found multiple credit / debit cards, drivers licenses and other items belonging to victims of burglaries and larcenies across the Carolinas.

The deputies also discovered a box of 9mm ammunition within the backpack which led them to believe that Mills may have had a firearm and disposed of it during the foot chase. The area where the pursuit occurred was heavily wooded.

A request was made to the Henderson County Sheriff’s Office for a K-9 unit due to all of the Polk County K-9’s attending training and certification events.

Deputy Robert Pace and K-9 Ozzy of the Henderson County Sheriff’s Office responded to the scene to search the area for any items Mills may have hidden or disposed of. Deputy Pace and Ozzy were able to detect a pink and silver 9mm pistol in the leaves near where the pursuit took place.

With a great example of teamwork, Henderson County Sheriff’s Office were able to assist Polk County Sheriff’s Office, and Mills was charged with felony speeding to elude, felony possession of a stolen vehicle, felon in possession of a firearm, driving while license revoked, reckless driving to endanger, 2 failure to appear on felonies and 4 failure to appear on misdemeanors.