The heart of a lion 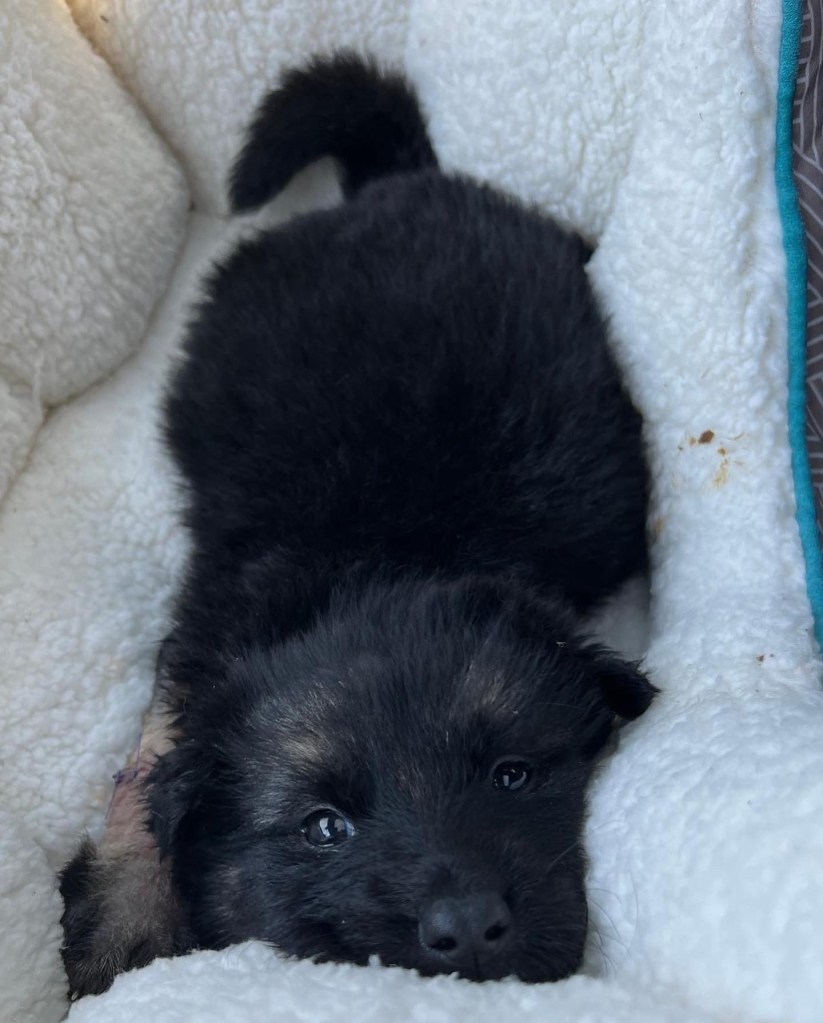 Last week in “Affairs of the heart”, I began telling you some of Charlie’s story and I promised photos when they arrived.

It all began when two ladies saw a box on the side of the road and noticed a little pup peeking over the top. When they went over to investigate, inside was a pitiful little puppy with one leg torn off and the other paw puffed up, swollen and dangling. They brought the box and pup over to Foothills Humane Society. I wish to give my utmost thanks to these ladies who took the time to at least give Charlie a chance.

When Charlie was examined they found out he was also loaded with worms. At that time it was hit or miss whether the little 8 week old Shepherd mix would be euthanized.

On my visit a few days ago to keep tabs on Charlie as promised, Stephanie, who is fostering him, was feeding him. I was amazed at the gusto in which he was devouring the kibbles handed to him. He nearly bit Stephanie’s finger when she turned to greet me. We all laughed and I said, “I love that bright look of life and excitement in his eyes.”  The vet who first saw Charlie when he was brought in told me, “It was that look in his eyes that made me decide to use the urgent care to give him a chance.”

As I left to greet a few other animals, Charlie and Stephanie were now playing tug of war with a hard rubber toy and he was attacking it with the same gusto as he did his food. The latest rundown for Charlie is that the shoulder where the leg was removed is healing very well. The paw that was swollen and dangling has been sewn up and is bandaged daily as prescribed. So far he’s doing okay with that and has been putting his weight on it, but it’s still touch and go. After looking into his eyes once more I had the faith that Charlie was going to make it just fine. After all, he has the heart of a lion.

It seems after all these years some of these stories keep repeating themselves, but with your help and God’s help, we’ll keep doing our best to make things right. On a lighter side, there is a beautiful little American Staffordshire mix that they have named Rizzo, and that’s just not fair.