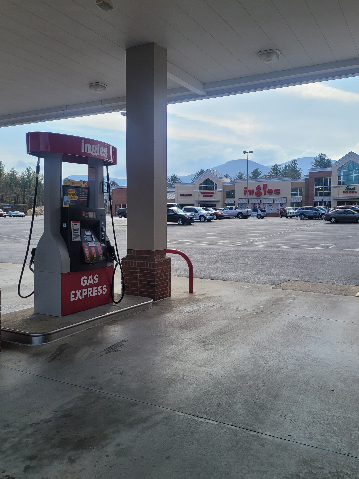 Two men are in custody this week after police nabbed them attempting to steal fuel from a Lake Lure area gas station.

On March 24, Lake Lure Police Sergeant Umphlett took a report from an Ingles employee on N.C. Hwy. 9 who reported that 833 gallons of diesel had been pumped between 1:23 a.m. and 3:23 a.m.

Video surveillance from businesses in the area showed a large UHaul truck passing through the area at that time. Two other employees had reportedly seen the same truck and occupants on numerous occasions after the store closed, over the last month.

On March 25 just before 2 a.m., Corporal Collins was called to the Ingles after employees saw the UHaul truck at the pump. Collins observed two males, attempted to speak to them, but they retreated in an attempt to conceal themselves. Collins detained both men until backup arrived.

Dajon Akeem Ranard Howard and Taqwam Omar Sharif Abrams, both of Sumter, S.C., were arrested and taken to the Rutherford County Detention Center.

According to the Lake Lure Police Department, the two men “were attempting to steal diesel fuel from Ingles by hacking into the pumps allowing them to steal fuel without paying for it.”

They had large capacity plastic containers in the back of the UHaul truck which were used to hold hundreds of gallons of diesel fuel, according to the report.

Lake Lure Police say the event is still under investigation, and that this type of crime “is apparently becoming a way for thieves to make some quick money as prices increase.”

The department asks the public to be vigilant and call police to investigate if you see large trucks at service stations when they are closed.