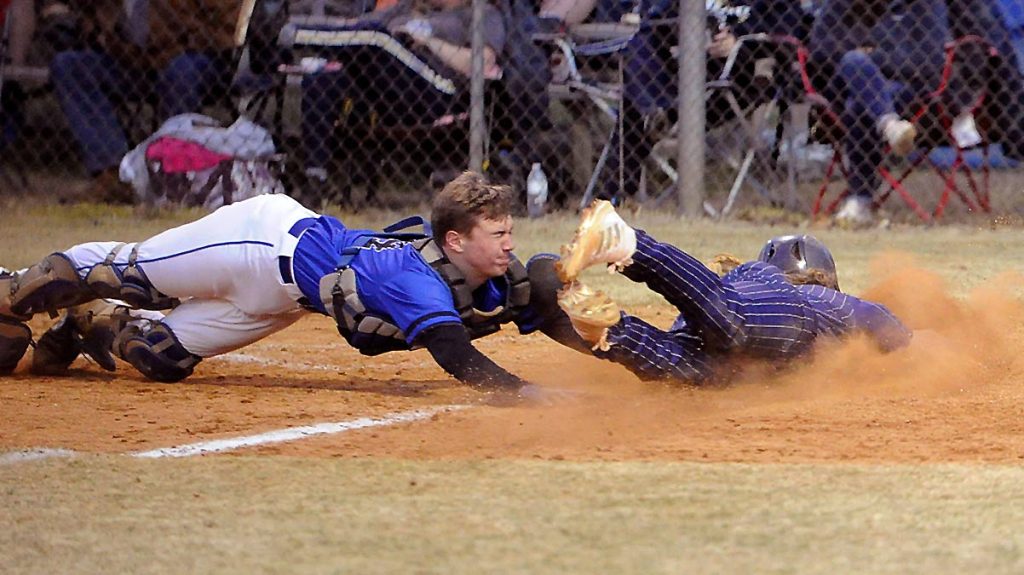 Chase held off a Polk County comeback Tuesday evening, holding on for a 7-4 victory over the Wolverines in a Mountain Foothills 7 meeting at The Bottoms.

Chase added a run in the top of the seventh, but Polk again responded, putting runners on second and third with one out in the bottom of the inning and getting the tying run to the plate.

But Trojan sophomore Andrew Cortor entered in relief and got the final two outs to finally subdue the Wolverines.

Chase rapped out 14 hits during the evening and took a 3-0 lead in the second inning on Jackson Gowan’s three-run homer. The Trojans extended the lead with three more runs in the third, stringing together five singles to fuel that rally.

Polk answered with a three spot in the bottom half of the third. Chan Barber, who continues to torment opposing pitching, doubled to open the inning, with Coble Cameron reaching base on an infield grounder. An error on Angus Weaver’s ground ball loaded the bases.

Jackson Beiler’s groundout scored Barber before Micah Hill’s bloop single halfway up the third-base line allowed Cameron to score. Lawson Carter followed with a line drive to left for another Polk run that cut the Chase lead to 6-3.

Barber tripled with one out in the fourth and scored during Cameron’s at-bat to make it 6-4.

Chase added an unearned run in the seventh, then survived Polk’s threat in its final at-bat to claim the win.

Barber finished 3-for-4, with Evan Jones, Weaver, Hill, Carter and Casey Beiler each adding a hit.

Polk County is scheduled to host East Henderson on Thursday in a non-conference game before traveling to Chase on Friday for a rematch with the Trojans.