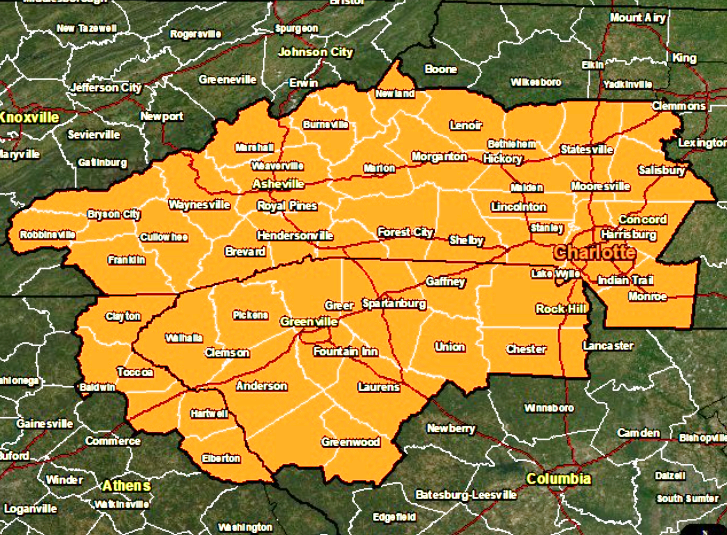 A map of counties in NC and SC where wildfire threats are high due to weather conditions. Photo courtesy of Polk County Emergency Management/Fire Marshal Facebook page.

FOOTHILLS––A Red Flag Warning remains in effect for South Carolina and Western North Carolina due to critical fire weather conditions that are occurring. Strong winds combined with low relative humidity and warm temperatures can create a hazard when burning outdoors.

NC Forest Service asks that all residents in the western part of the state postpone all outdoor burning.

The SC Forestry Commission issued the Red Flag Fire Alert on Saturday, March 26. The alert does not prohibit outdoor burning, but strongly discourages citizens to voluntarily postpone burning until the alert is lifted.

According to the SC Forestry Commission, wildfire occurrence in SC is greater in March than in any other month of the year.

In addition, the South Carolina Drought Response Committee declared incipient drought conditions in the eastern part of the state on March 22.

Residents of Western NC and Upstate SC are therefore strongly encouraged to suspend outdoor burning due to the combination of weather conditions that cause a high risk for wildfires.