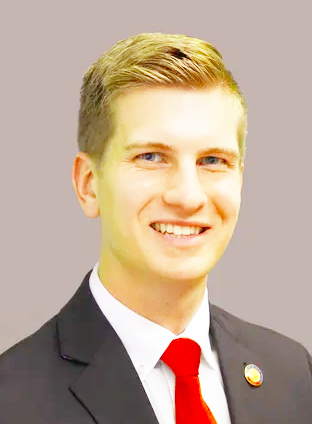 “A huge local win” for a “huge capital project” is how N.C. Rep. Jake Johnson (R-NC113) described $6.5 million that the state has slated for repairs to be made to the Turner Shoals dam. At nearly 100 years old, the county-owned hydroelectric dam on the Green River has been needing extensive and expensive repairs for many years.

The dam was one of many items Johnson highlighted in his presentation on the state’s current $25.9 billion budget, and $27 billion 2022-2023 budget, to the Polk County Board of Commissioners at their meeting on March 21.

Johnson said that most state employees will receive five percent pay raises. Some will receive $1,000 bonuses, some $500 bonuses, and some will get both. $545 million in American Rescue Plan money went to these bonuses and pay raises.

$400 million is slated for community college capital projects, which he said is “a huge priority especially in our region.”

As chair of the Technology Appropriations Committee, Johnson said that the state will make a $750 million investment, which is significantly larger than prior appropriations, to further the goal of internet access through various public/private partnerships.

There will also be changes to the state’s tax package, which Johnson said “will be the biggest economic driver over the decade.”

The state will reduce the state income tax from 5.25 percent to 3.99 percent over the next six years or three budget cycles.

The tax on military pensions has been eliminated, the franchise tax reduced, and the corporate tax will be phased out starting in 2025 over five years, Johnson said.

“Over the next ten years, we’re going to phase out the corporate tax. That’s going to make us very competitive with other states in the Southeast,” he said.

Chairman Tommy Melton thanked Johnson for his efforts regarding the Turner Shoals Dam.

“Thank you so much for the $6.5 million that you got for us for Polk County’s Turner Shoals Dam. That is huge. That’s something taxpayers won’t have to worry about,” Melton said.