Jaws swims Back to the Big Screen at TFAC 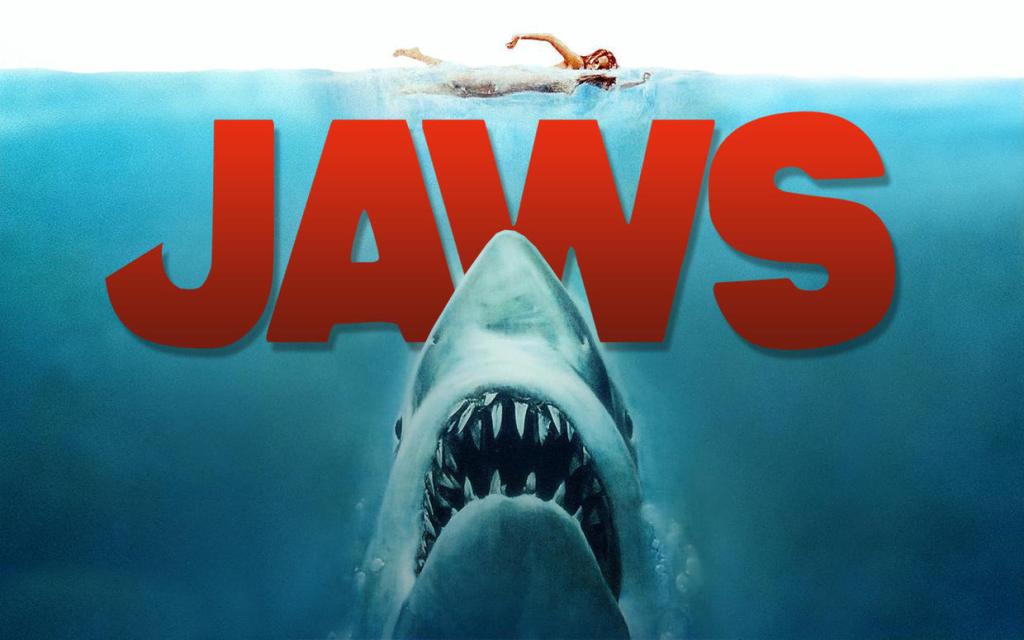 The 1975 blockbuster movie that made people think twice about going to the beach, Jaws, will be shown at Tryon Fine Arts Center on Tuesday, April 12 at 7:00 p.m.

Jaws was chosen to be included in TFAC’s current Back to The Big Screen film series for the obvious reason that its cinematic creativity can only be fully appreciated in a theatrical space.

From the novel of the same name, Jaws, by Peter Benchley tells the terrifying story of a young woman being attacked by a shark close to the beach of a popular resort town and the townspeople’s efforts to catch the shark. The island of Martha’s Vineyard, off the coast of Massachusetts, was chosen for the filming partly because the sandy seabed around the island, which never drops below 35 feet in depth even as far out from shore as 11 miles, allowed the mechanical sharks (three of them) to be operated beyond the sight of land.  The leading roles were played by Richard Dreyfuss, Roy Scheider, Robert Shaw, Murray Hamilton (Mayor, originally from Washington, NC) and Lorraine Gary and many of the minor roles were played by residents of the island.

The film was directed by Steven Spielberg, who was still in his twenties when the film was released. He deeply resented the fact that he was not nominated for the Best Director Oscar, but the film was nominated for Best Film and won the Academy Awards for Editing, Sound and, perhaps most notably, the unforgettable score with its haunting pattern of two alternating notes (E and F) by John Williams. Modest by today’s standards, the film’s budget of $9 million, netted an astounding $472 million at the box office.

In April of last year, the Academy Museum of Motion Pictures unveiled a replica of mechanical shark (named Bruce) that was used in the film.

The Box Office and lobby bar will open at 6:15 p.m. Tickets and details for this event and other events at TFAC are available at www.tryonarts.org/events. Call 828-859-8322 or stop by TFAC Tuesday – Friday from 10 a.m. to 4 p.m. with questions or to purchase tickets. See TFAC COVID Policy on the event webpage for more information.