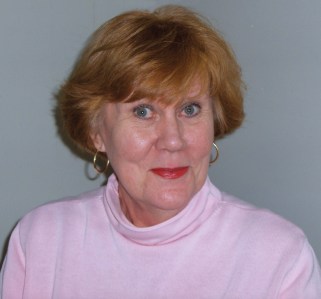 TRYON — Greer Delores Prevatte, 75, of Tryon, passed away at Hospice of the Carolina Foothills in Forest City on Friday, March 25, after a long illness.

She is survived by the love of her life, partner Ken “Skip” Martin, of the home; children and spouses Gina Malone (Richard Baker) of Waynesville; Tami Malone-Coates (Roburt Coates) of Tryon; and Ryan Malone (Brenda Malone) of Anderson, SC; granddaughters Ellyn Amato of Asheville and Abigail Amato of Boston, MA; and nephew Chris Ridings of Inman.

Greer was born in Charlotte on December 4, 1946, to the late Maggie Stone Prevatte and Carson Littleton Prevatte. She spent the first years of her childhood in Fairmont, NC, before moving with her family to Landrum, SC. After graduation from Landrum High School, she became a wife, mother, and homemaker in Spartanburg, SC, later attending Spartanburg Technical College to obtain an associate degree in office management. Those around her were amazed by her strength, determination, and energy. Careers included homemaker, mother, and administrative assistant positions in the business field in Spartanburg and later in Jacksonville, FL. She worked as a real estate agent in Polk County for many years before retiring in 2010.

Besides her parents, she was predeceased by two husbands: James T. Malone of Spartanburg, SC, and Edward Ling of Long Valley, NJ. A great lover of animals and never one to turn away a stray, she was also predeceased by beloved cats Miss Kitty and Rex.

She and Ken attended high school together but did not reconnect with each other as partners until 2013 through social media. In February of 2014, they decided to share their lives and brought each other much happiness and many good times. Ken, who called her Ginger, was a devoted primary caregiver throughout her time of illness and failing strength.

Her many hobbies and talents included interior decorating, gardening, reading, and cooking. Wherever she lived was always the coziest and most welcoming place her family and friends knew. But perhaps her greatest talent was making those around her feel loved and cherished. She enjoyed traveling, especially a trip to Ireland with Ken in 2017, and spending time and making memories with her family, who will remember her as a most thoughtful, kind, and loving matriarch always there to comfort when someone needed her. She loved life, laughter, music, literature, all things British, and togetherness. Family and friends will fondly recall her Sunday dinners, home-baked birthday cakes, vacations to St. Augustine, FL, and Beaufort, SC, picnics on the Blue Ridge Parkway, and Christmas Eve celebrations.

The family will host a celebration of her life to be announced at a later date.

An online guest register is available at mcfarlandfuneralchapel.com.