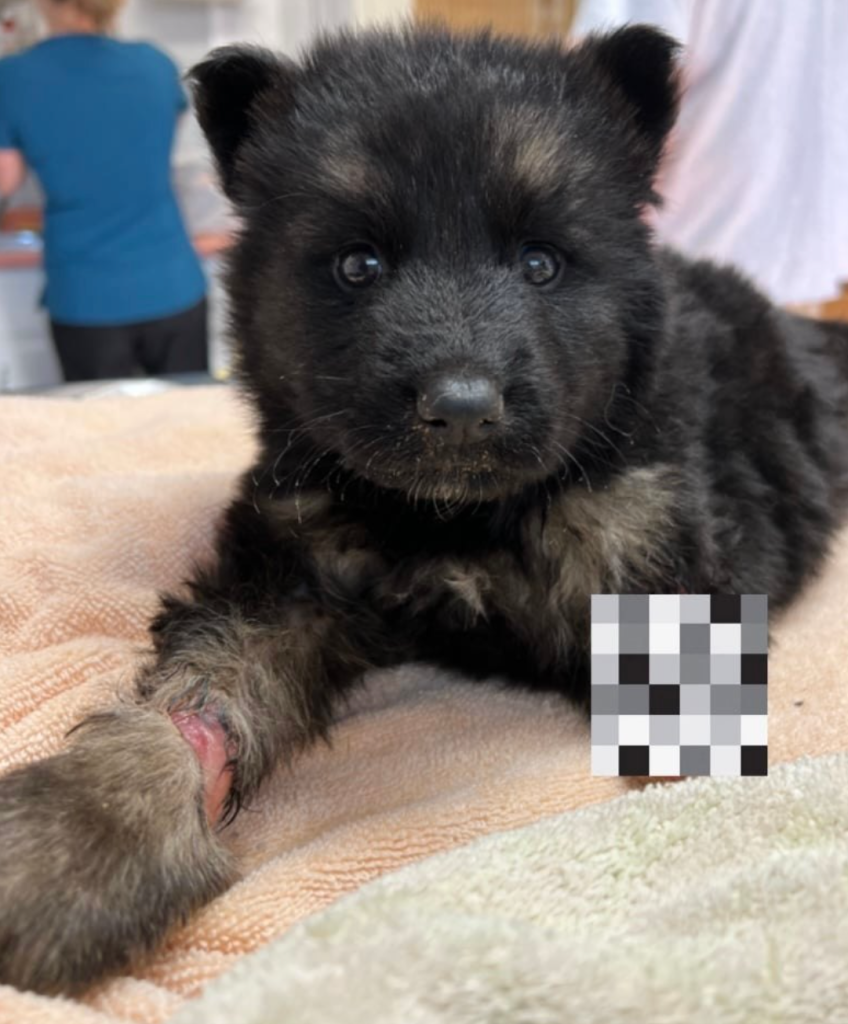 Puppy was injured and left on the side of the road

According to the Foothills Humane Society, the puppy’s front left leg had been cut off, and his right leg had a painful injury, which the Humane Society’s veterinarian was able to stitch.

According to workers at the Foothills Humane Society, a Landrum community member found the puppy in a box on the side of Redland Road in Landrum.

When the puppy arrived in the Humane Society’s care, he was in poor condition. His front left leg was missing. The bone was clean cut, but workers say it looked like an old wound. In addition, the puppy’s front right leg around his ankle had been degloved, which means the muscle was exposed.

The veterinarian at Foothills Humane Society was unable to determine how long the puppy, now named Charlie, had been in the cardboard box before he was found.

A worker at the Humane Society took him into foster care the day after he came in.

She says they are still dealing with issues and swelling from the degloved leg, but the amputated leg has healed well, and he can use his remaining front leg.

“He has good nerve function and good blood flow,” she says. “He needs a lot of medical maintenance, and it’s a long road to recover right now, but he’s a fighter.”

Currently, there is no timeline for when Charlie will be up for adoption, as his foster caretaker is focusing on his medical needs right now.

The veterinarian was unsure about what kind of breed Charlie is, but they gathered that he is likely a Shepard mix.