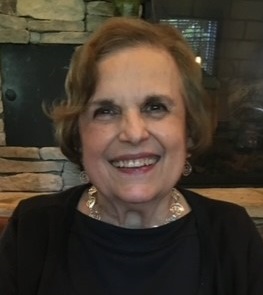 Spartanburg, SC– Sophia Leventis Trakas, 85, of Spartanburg, SC, fell asleep in the Lord on Thursday, March 17, 2022. Born October 14, 1936, in Charlotte, NC, she was the daughter of the late James Andrew and Panagiota Boukedes Leventis and the wife of the late Dr. Perry Nicholas Trakas, DDS.

Sophia attended Central High School and Queens College in Charlotte, where she was a member of the May Court and was a graduate of Converse College in Spartanburg.
At a young age, she had the esteemed opportunity to study voice at the National Conservatory in Athens, Greece. She was an accomplished singer and performed often as a soloist, in duets with her husband and with many music groups. She was a member of the Oratorio Singers of Charlotte, Spartanburg Symphony Chorus (now known as Spartanburg Festival Chorus), Spartanburg Little Theatre, and was a founding member and past President of the Spartanburg Repertory Company. For almost 60 years she was a member and past President of the Spartanburg Philharmonic Music Club, and she served on the board of the SC Federation of Music Clubs. She was the Choir Director and Organist at her beloved St. Nicholas Greek Orthodox Church and a member and past officer of the Southeastern Federation of Greek Orthodox Choirs and Musicians.
She served for many years on the board of the Charles Lea Center Foundation, and as the mother of a special needs child, she devoted her life to advocating for the education and rights of children and adults with learning disabilities. She was also very involved in the community such as volunteering for Mobile Meals.
Her family would like to express their heartfelt appreciation to the staff of Eden Terrace Assisted Living, her residence for the last several years, for their love and devotion, and to the doctors and nurses in the Intensive Care Unit of Mary Black Hospital for their compassion and care.
Survivors include her children, Nicholas Dean Trakas of Tryon, NC, Maria T. Barry (Patrick) of Spartanburg, SC; grandchildren, Sophia Frances Barry, John Patrick Barry, Anna Trakas (Ignacio Cassinelli), and William Trakas; her very special cousin Helen Malis Theos of Charleston, SC, along with numerous other cousins, nieces, and nephews. She was predeceased by her brother, Andrew James Leventis, her very special angel, JoAnn “Gina” Trakas, and a daughter-in-law, Kelly Hearn Trakas.