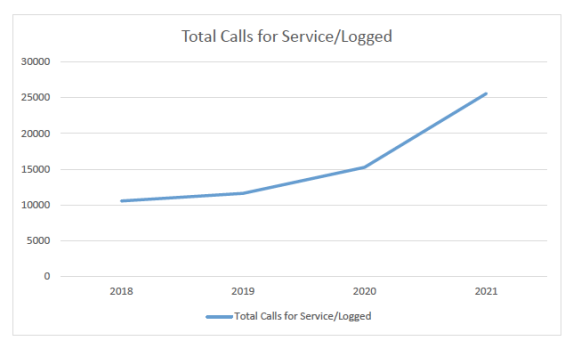 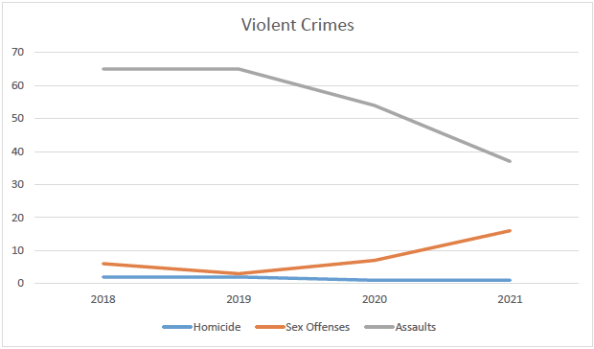 County commissioners gave the sheriff’s office a round of praise Monday night after hearing details from the department’s 2021 annual report.

At the Board of Commissioners March 21 meeting, Polk County Sheriff Tim Wright, with numerous members of the sheriff’s office in the audience in the Womack Building, reviewed statistics, trends, goals, and programs from his 48-page annual report.

“Our primary focus from day one has been improving accountability within the department and to the citizens of Polk County,” Wright said. Wright was elected in 2018.

Wright discussed the functions and staffing of the various divisions of the department, to include administration and support services, patrol services, criminal investigations, school resources, detention center, special operations, and E-911 communications center.

The increase in call volume, he says, “is because the citizens of Polk County are trusting us, to call us to investigate the crimes. That’s what these numbers are showing.”

Another statistic he highlighted was the four-year downward trend in assaults.

“There’s something these folks here are doing right,” said the sheriff, referencing his staff in attendance. “They care, and it shows in their work performance. Animal control, they’ve got a passion… Patrol Division is out here checking homes, churches and businesses looking for bad guys … the Investigation Department is doing a stand-up job, and they have got us in compliance. They’re the reason why we can get these statistics to you. … It’s every day that we’re getting compliments about the job they’re doing and their professionalism.”

Commissioner Myron Yoder said the visibility of law enforcement in the Green Creek area where he lives is one of the greatest deterrents of crime. Commissioner Paul Beiler recounted a 2:30 a.m. phone call from a deputy letting him know he found an unlocked door at his church.