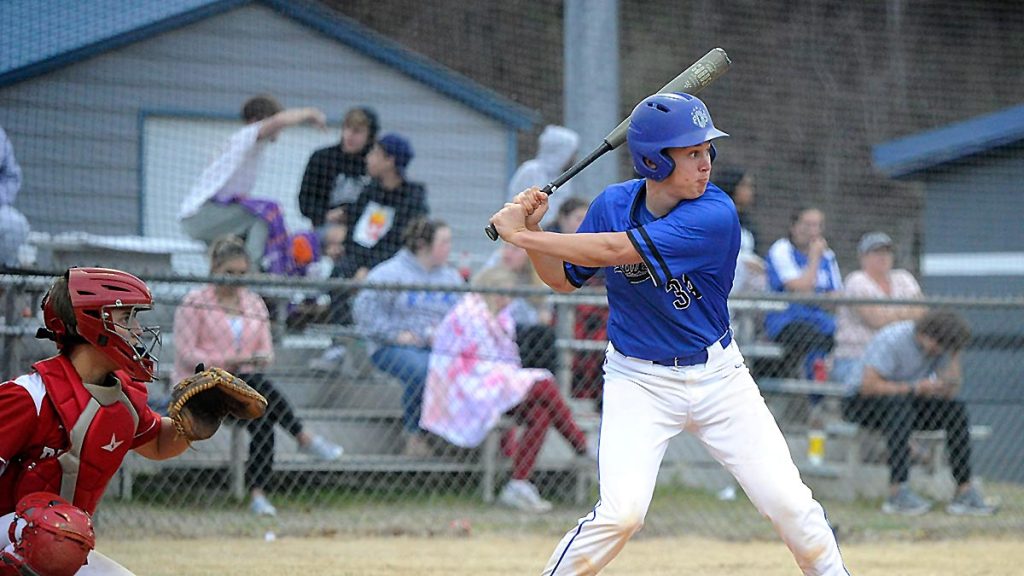 Patient at the plate. Deliver timely hits. Get a solid effort on the mound.

Those traits have been a common theme for Polk County’s baseball team thus far this season – and they proved decisive again Tuesday.

The Wolverines extended their early-season winning streak to five games, topping Hendersonville 7-4 in a Mountain Foothills 7 Conference game at The Bottoms.

Polk County (6-1, 3-0) built an early 6-0 lead and made it stand as Hendersonville dropped to 1-7, 0-3. The two teams are scheduled to meet again Friday in Hendersonville.

The Wolverines struck first with three runs in their first at-bat. An Evan Jones walk, Chan Barber single and Coble Cameron’s hit by pitch loaded the bases with no outs. With one out, Angus Weaver’s infield single drove in Jones, and Barber then scored on Micah Hill’s grounder. A Hendersonville miscue during Casey Beiler’s at-bat then allowed Cameron to race home for the 3-0 Polk lead.

The second inning began much the same way. Jones and Barber walked, with Barber reaching base for the sixth consecutive at-bat over a two-game period. A wild pitch moved both runners up a base before Cameron singled to left, scoring the two runners.

Weaver followed with a double to left, and a walk to Hill again loaded the bases. Beiler delivered a sacrifice fly to make it 6-0.

Skylar Albright’s two-run double sparked the Bearcats’ three-run rally in the third that cut Polk’s lead in half, but then Hendersonville’s bats fell silent as Cameron, Polk’s starter, allowed just two baserunners over the next three innings.

The Wolverines added a run in the sixth on a Hill RBI single.

Hendersonville strung together two singles in the seventh to score its final run. Cameron reached the mandatory pitch count limit after the second of those hits and with two outs in the inning, with Beiler entering in relief and picking off Bearcat Elyja Gibbs to end the game.

Weaver finished 3-for-4 to lead Polk’s offense, with Barber, Cameron, Hill and Lawson Carter each adding a hit.

Cameron allowed seven hits and struck out four in earning the win.