Learn about the history of moonshine, see documentary at Walnut Creek Preserve 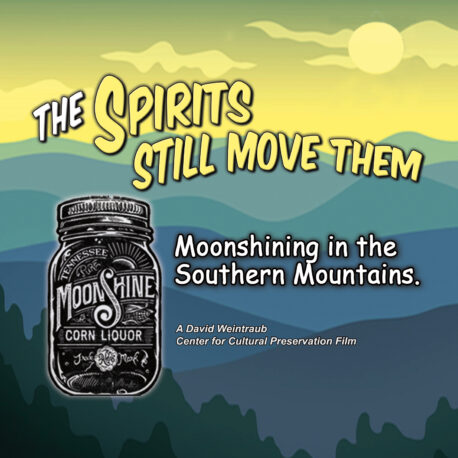 Join Conserving Carolina for a discussion and exhibition of the film, “The Spirits Still Move Them,” the newest film directed by David Weintraub, Executive Director of the Center for Cultural Preservation, on Saturday, March 26, at 10:30 a.m. at the Anne Elizabeth Suratt Nature Center at Walnut Creek Preserve.

Most of what we think we know about moonshining history is wrong. That’s one of the themes of the Center for Cultural Preservation’s new documentary film on regional moonshine history, The Spirits Still Move Them. David Weintraub, award-winning director/producer of forty history films interviews nearly three dozen moonshiners and their families in Western North Carolina, East Tennessee and the Dark Corner of South Carolina to tell a story about moonshine history that’s never been relayed before.

According to Weintraub, “The myth that all moonshiners are violent, lazy, drunk criminals hiding in the woods wearing long beards and longer arrest records has been recounted by the media for over 100 years. In reality, liquor production was hard, backbreaking work that only the most entrepreneurial farmers conducted which they did in order to survive difficult circumstances and put food on the table. It’s a fascinating story and far more interesting than the myths and distortions we’ve heard.”

The film digs deep into Southern Appalachian history exposing the stereotypes and fabrications about mountaineers that have been fodder for movies and cable television programs for generations from the Beverly Hillbillies to Moonshiners. Says Cody Bradford, fifth generation moonshiner and owner of Howling Moon Distillery in Asheville, “People think all moonshiners were outlaws but it was the federal government that enacted an excise tax after the Civil War that poor farmers had to bear. It was either starve or make liquor and it’s not difficult to understand which one they chose.”

Cody and his family are chronicled in the film as are moonshiners from Yancey County to Spartanburg County.  Most surprising to many is that many moonshiners were African-Americans, women and Native Americans. And that moonshine played a central role in medicine since the Civil War.

To get to Walnut Creek Preserve’s Nature Center from the Tryon and Columbus area, take Hwy 108 E and turn left on Hwy 9 toward Lake Lure.  Follow Hwy 9 N for 5 miles and turn right onto McGuinn Road (at the Exxon Station). Go 1 mile to the intersection with Big Level Road; turn left, go 0.2 miles and take the first right onto Aden Green Road. Follow Aden Green for 0.4 mile and turn left on Wood Thrush Lane and into Walnut Creek Preserve. Take the first left onto Conservatory Lane, which takes you to the parking area for the nature center; 179 Conservatory Lane, Mill Spring, NC.

The next program at Walnut Creek Preserve will be held on April 30, when David Arenholtz will present, “An Introduction to Western Carolina Butterflies.”

Conserving Carolina, your local land trust, is dedicated to protecting and stewarding land and water resources vital to our natural heritage and quality of life and to fostering appreciation and understanding of the natural world. For more info visit, www.conservingcarolina.org.