8-car pile-up on I-26 shuts down westbound traffic 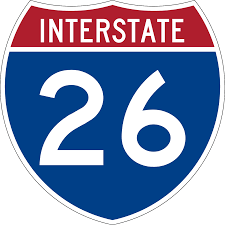 SALUDA––On Friday afternoon around 4:00 p.m., Saluda Fire and Rescue were dispatched to the Green River Bridge in Saluda on I-26.

A multi-vehicle car accident at mile marker 56 shut down both lanes of westbound traffic for about an hour, according to officials at Saluda Fire and Rescue.

Chief Robert Dellinger says no one had to be airlifted, though many people involved in the crash were transported by ground to local hospitals to be treated for minor injuries. He says that about 8 or 9 vehicles were involved in the accident after a rear-end collision, which caused a chain reaction.