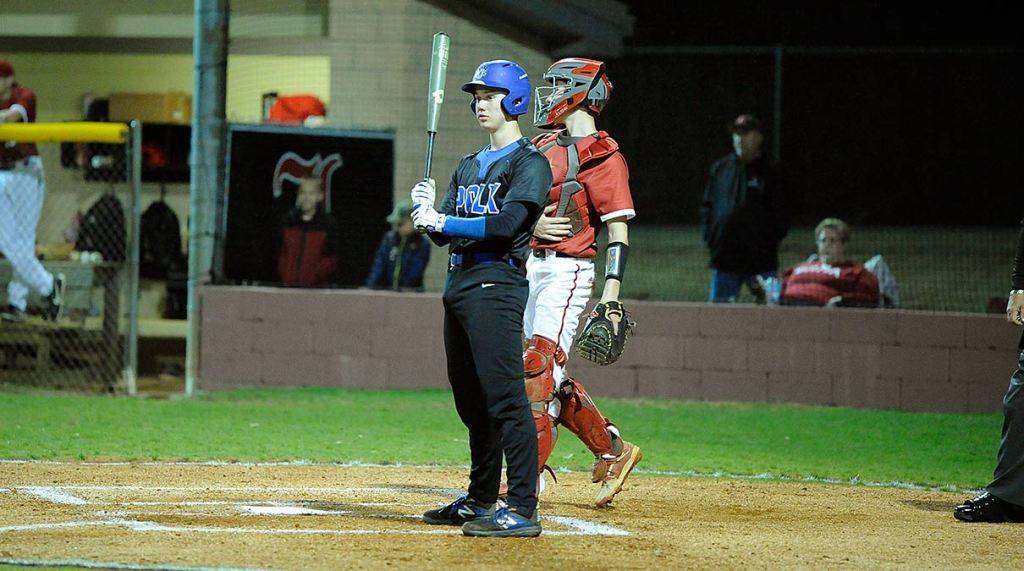 Polk County made its Mountain Foothills 7 Conference debut a successful one Tuesday, topping Patton 6-3 in a baseball battle in Morganton.

The Wolverines (4-1, 1-0) opened a 5-0 lead, then held off a late Panthers rally to secure the win in its league opener.

Polk grabbed a 1-0 lead in the second inning on Evan Jones’ RBI double, then exploded for four runs in the top of the fifth.

A passed ball later in the inning allowed Casey Beiler to score.

Patton (3-3, 0-1) cut the Polk lead to 5-3 at the end of six innings, but the Wolverines added an insurance run in the seventh as Jackson Beiler doubled and scored on Chan Barber’s single.

Coble Cameron earned the win, pitching six innings and allowing seven hits and three runs while striking out eight. Casey Beiler pitched a perfect seventh inning for the save.