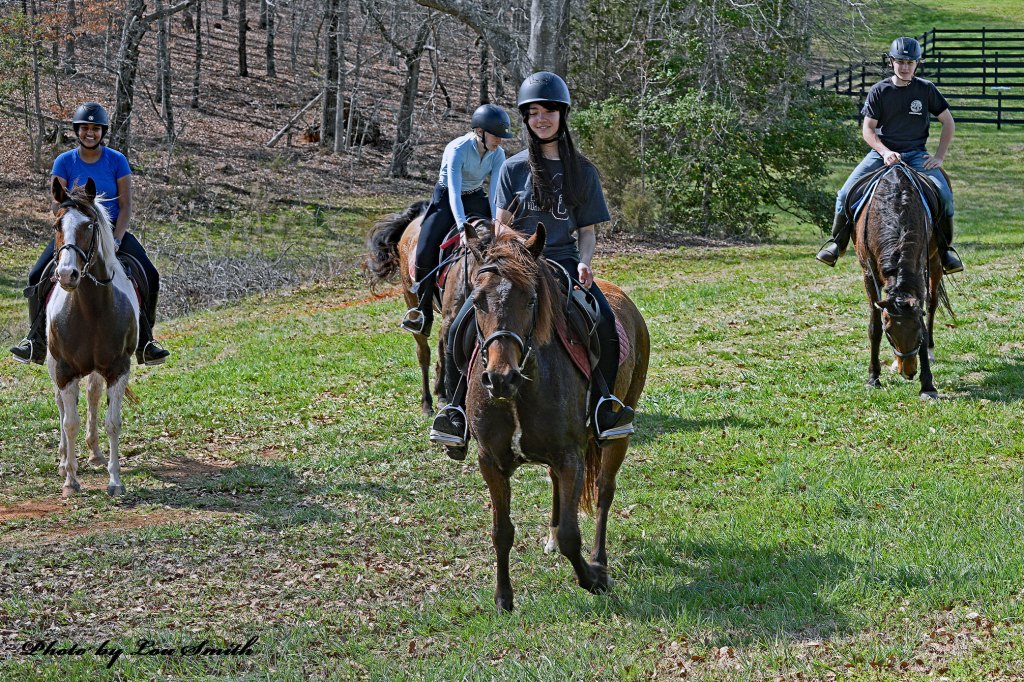 The Windridge Spring Hunter Pace and Trail Ride was held Sunday, March 6th. The beautiful Windridge Farm was the venue for the day. The weather started off cool but quickly warmed up.

Upon entering the gate, rigs were directed to the top field this time. Once trailers were parked, riders proceeded to the office area to register. Riders filled out their choices on the menu sheet and the lunch was ready and waiting when the ride was finished. There were some new additions to the trails, including some additional water crossings. The beaver dam crossing was omitted for this pace. When close enough, one could tell the water had risen.

The trails were very nicely marked with pink ribbon and serpentined through the woods. They were groomed quite well. For the most part stumps were marked with orange paint, but it’s hard to get them all with over two hundred acres. The footing was very nice throughout the trails but had the standard mush around water crossings. And speaking of water crossings, Alicia was seen at the one water crossing that was crossed twice. She was respraying orange directional arrows. There was a division marker to denote a two-way crossing.

The Landowners who allowed riders passage over their properties were Windridge Farm and Davis Lake.  Without the cooperation of our landowners, no Hunter Pace could take place.

In the Field Hunter Division, there were 18 riders in nine teams. The Optimum Time was one hour, 11 minutes, 15 seconds. Now, let’s get to those results:

Other Field Hunters out to enjoy the trails were Pavlina Byma, Melissa Coates. Jennarose Ortmeyer, and Carrie and Olive Wilsey.

There were 43 riders for 18 teams in the Trail Rider Division. The Calculated Optimum Time was two hours, three minutes, four seconds.

First Place was awarded to the foursome of Wrylan Chaput from Brevard, Peyton and Regan Dueker, and Anna Parris from Hendersonville. Their time was two hours, two minutes, 58 seconds. Another foursome placed Second with a time of two hours, two minutes, 12 seconds. Sue Kessel from Roebuck, Tracie Parker from Gaffney, Megan Ryan from Columbus, and Peggy Sullenberger from Inman nabbed the Second Place Red Ribbons with a time just 52 seconds under the optimum. Kathy Nebel from Tryon and Boots Plyler from Greenville placed third with the time of two hours, four minutes, eight seconds. Solo rider Dawn Harrison from Hendersonville placed Fourth with a time of two hours, four minutes, 30 seconds. Susan Angermeier from Chesnee and Elaine Czarnecki from Columbus were awarded Fifth Place with the time of one hour, 56 minutes, 23 seconds. Rounding out the placements in the Trail Rider Division with a time of two hours, 11 minutes, eight seconds was the team of Nancy Anderson, Phillip Sinclair, and Olynda Stretcher from Spartanburg and Lauren McRae from Weddington.

There were two riders in the Mini-Pace Division. Helen Kaise and Rachel Neese rode the shorter trail in one hour, 26 minutes, 30 seconds.

Next up on the Hunter Pace Series is the Foothills Riding Club Hunter Pace and Trail Ride on Sunday, March 20. It’s been quite some time since there has been a Hunter Pace at this venue due to weather and events over the past two years. The trails are gorgeous. The Foothills Riding Club would like to welcome you to their third hunter pace! Trails are mainly wooded trails, with some fields, and some steep grades. Most trails are wide and open, with some bridge crossings, a short time on a road, and one water crossing. All jumps are optional.

Check the website at www.wchpace.org for upcoming events, changes, and to view your photos taken by our photographer Lou Smith. With the weather being so unpredictable here of late, rain dates are in place in case of a postponement. 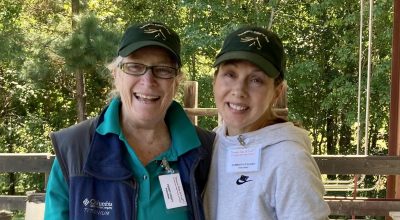