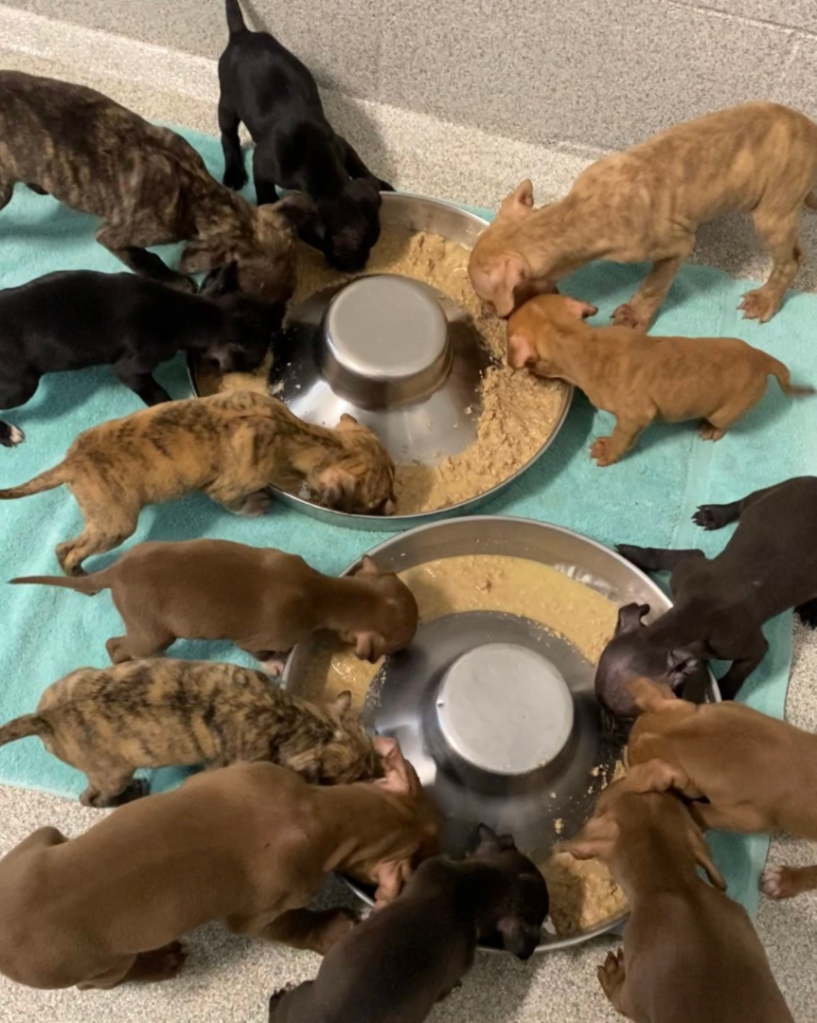 Foothills Humane Society takes in all

Officials at Polk County Animal Control says there were about 3 or 4 litters of puppies. Some puppies had scrapes, and one had to be taken to the veterinarian’s office for limping. The cause for limping is still unknown, and the puppy is still in the care of the vet.

The litters were between 6 weeks and 5 months old, all either pit bulls or pit bull mixed.

Officials say they got a call on Tuesday afternoon about dogs that had gotten loose, and when they arrived, the owner of the adult dogs and puppies willingly signed over all 23 puppies to Polk County Animal Control.

Having that many puppies got out of hand, the owner told officials.

This was not a case of animal abuse.

The owner currently has 9 adult pit bull dogs, which he has agreed to get spayed and neutered.

“We’re working with him to get assistance to do that,” officials say.