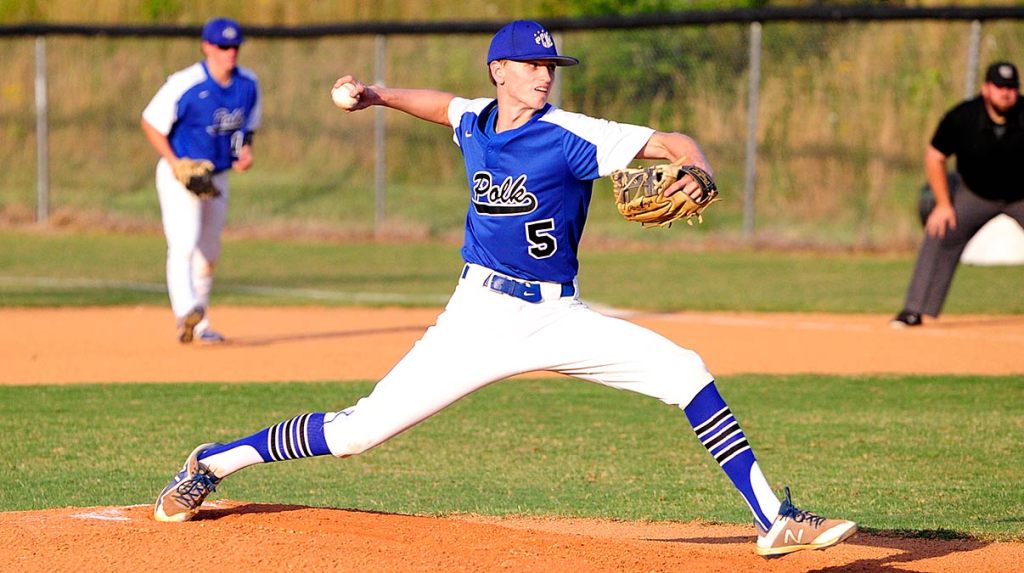 Polk County earned a split Saturday of its road trip to Wilkes County, defeating East Wilkes but falling to East Surry in the BEST Tournament at West Wilkes.

The Wolverines dropped an 8-6 decision to East Surry, but rebounded to defeat East Wilkes 8-1 and improve to 2-1 on the season.

Coble Cameron and Cohen Edwards teamed on a two-hitter in the win over East Wilkes, striking out six without allowing a walk. Cameron gave up one run in four innings of work while Edwards pitched three scoreless innings.

Polk County scored two runs in the second, fourth, fifth and sixth innings. Jackson Beiler led the Wolverine effort at the plate with a 3-for-4 day, driving in three runs. Two of Beiler’s hits were doubles.

Chan Barber finished 2-for-3 and Cameron aided his cause with a 2-for-4 effort. Evan Jones, Angus Weaver, Micah Hill and Casey Beiler each had base hits.

Polk County had a 6-3 lead in the opener, but East Surry fashioned a five-run rally in the bottom of the sixth to secure the win.

Hill took the loss for Polk, allowing six hits and six runs in five innings. The senior struck out nine and walked five in his season debut on the mound. Edwards pitched and inning, allowing two unearned runs on two hits.

Polk County had four errors in each game.

The Wolverines are scheduled to be back in action on Monday, traveling to East Henderson.