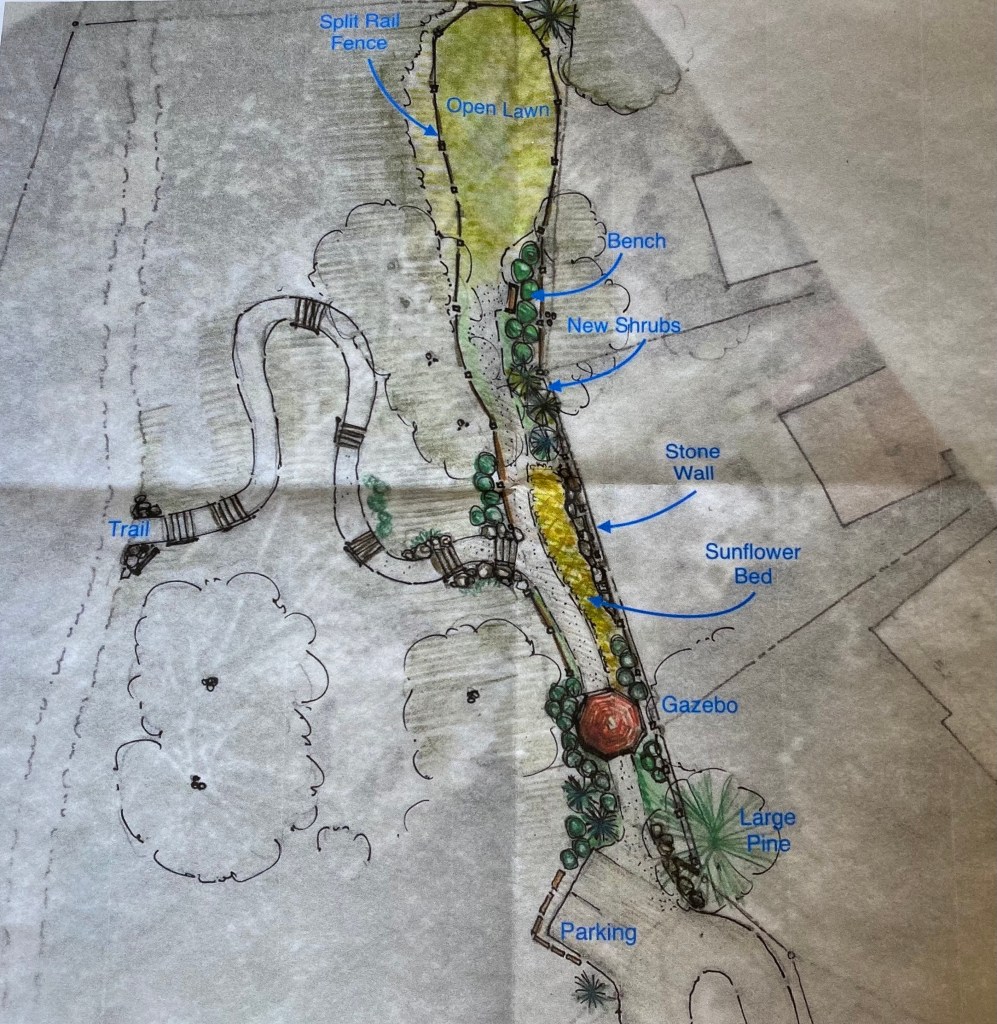 A plan for what the garden will include and look like.

TRYON––Mayor of Tryon, Alan Peoples, has proposed to the Town of Tryon the creation of a public garden in honor of his wife, Harriet.

The approximately 1.33-acre property off Galax Circle was privately owned until the owner donated it to the town.  The land was previously cleared of trees and kudzu.

Mayor Peoples has given about $10,000 to the town to begin work on the garden, however it is unclear at this time when production will begin.  In addition, it is unknown whether a Board vote is required for the garden, though the Board voted to accept the land initially.

The creek that runs through Woodland Park will go just below the proposed “Harriet’s Garden” just up the road.

Mayor Peoples says he has already had people volunteer to help start the garden.

“I’d thought a long time about doing something like this,” he says.  He states that when he saw the land, he knew he wanted to turn it into a garden in honor of his wife.

“It’s like a small front yard, and about two-hundred feet long,” he says.

The entrance to the garden would be on Galax Circle, where there will be a small area for parking.  A trail will ensue through the garden, which will be lined with shrubs, a sunflower bed, a bench, and will end with an open lawn.

Mayor Peoples hopes to include a gazebo and a trail leading to the creek.