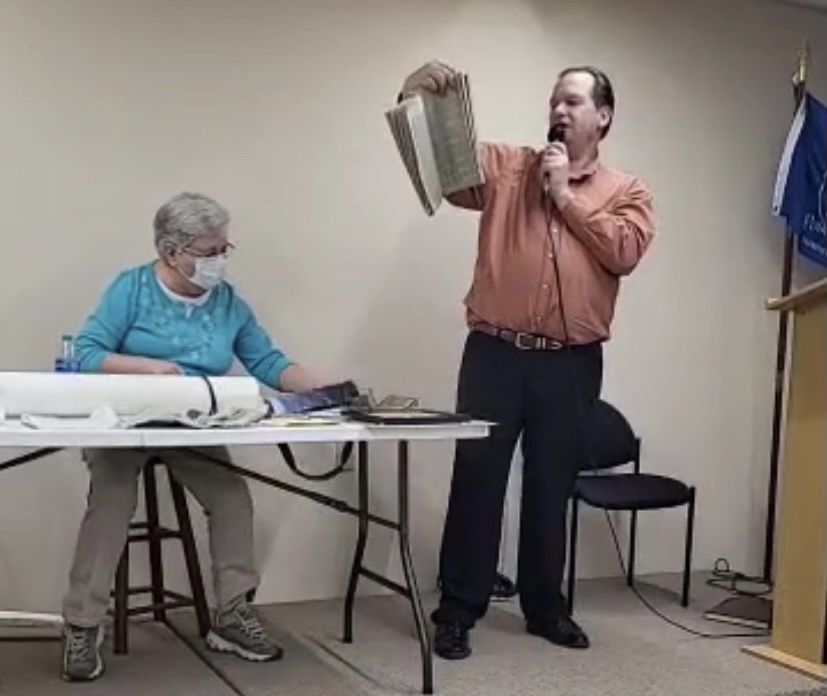 Inside finds include ashes from Mt. St. Helens and items from around Polk County

POLK COUNTY––Last Saturday at 1 p.m., the Polk County History Association opened a time capsule that was buried 40 years ago in 1982.

According to James Metcalf, Chief Docent, who headed up the project, about 50 people showed up to the event.  Most of those at the event were only teenagers when the capsule was sealed in 1982.

The Polk County History Association started around 1982, Metcalf says, and that’s when the museum decided to make a time capsule.  According to the museum newsletter from that year, the capsule was stored inside a 3-inch sealed PVC pipe inside the museum.  The writing on the pipe said the capsule was to be opened in February of 2022.

Some of the museum staff back in 1982 drove around the county and took pictures of significant buildings, which were on display in scrapbooks at Saturday’s event.

Content inside the capsule included newspaper articles and magazines that had information about political elections and tax documents.  Also included in the capsule were a Tryon Daily Bulletin issue from January 1982, as well as a copy of the Polk County New Journal from that year.

Other items the capsule contained were a bag of ashes from the Mount St. Helens eruption; a cassette tape of the top 5 songs in 1981, submitted by Bill Prather, manager of WTYN, which was a small AM radio station that covered Tryon since 1954; a 1980 and 1981 phone book; a small collection of 1982 US stamps; a December 1981 copy of Southern Living magazine; a 1980 dedication program from Tryon’s Woodland Park; a 1980 listing of prices for everyday items; a list of Polk County’s top attractions; a library card from the Polk County Public Library; and a piece of ribbon from the 1976 opening ceremony of Interstate-26.

Prior to opening the time capsule, the present board members were completely unaware of what the capsule held, as they knew there was a list somewhere but did not know where.

James Metcalf opened the capsule alongside Vice President of the museum, Becky Hudson.