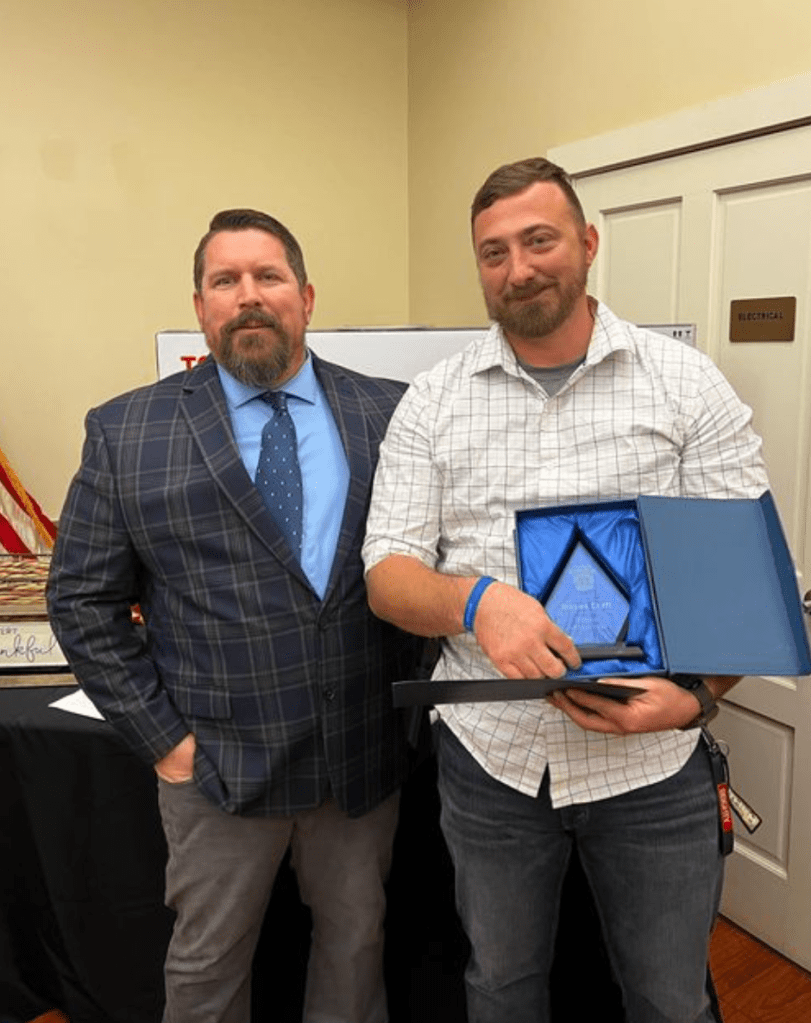 LANDRUM––On February 24, Landrum Police Department awarded Officer Wayne Craft with 2021 Officer of the Year Award.  Craft was selected by the members of both the command staff and the Chief of Police for this award.
Chief Ahler says that Officer Craft’s journey with LPD has been atypical due to his military deployments, and his new wife and baby.
“All the while,” Chief Ahler says, “Officer Craft distinguished himself.  Craft became law enforcement certified, completed field training, and completed outstanding police service in the field.  Officer Craft’s peers and supervisors have taken notice of his significant proactive policing efforts.”
Officer Craft says the award was very unexpected to be honored with this award.
“I am very thankful for being part of a wonderful team and family.  I can truly say that it is because of this team and God that I am able to perform my duties and serve this community.”