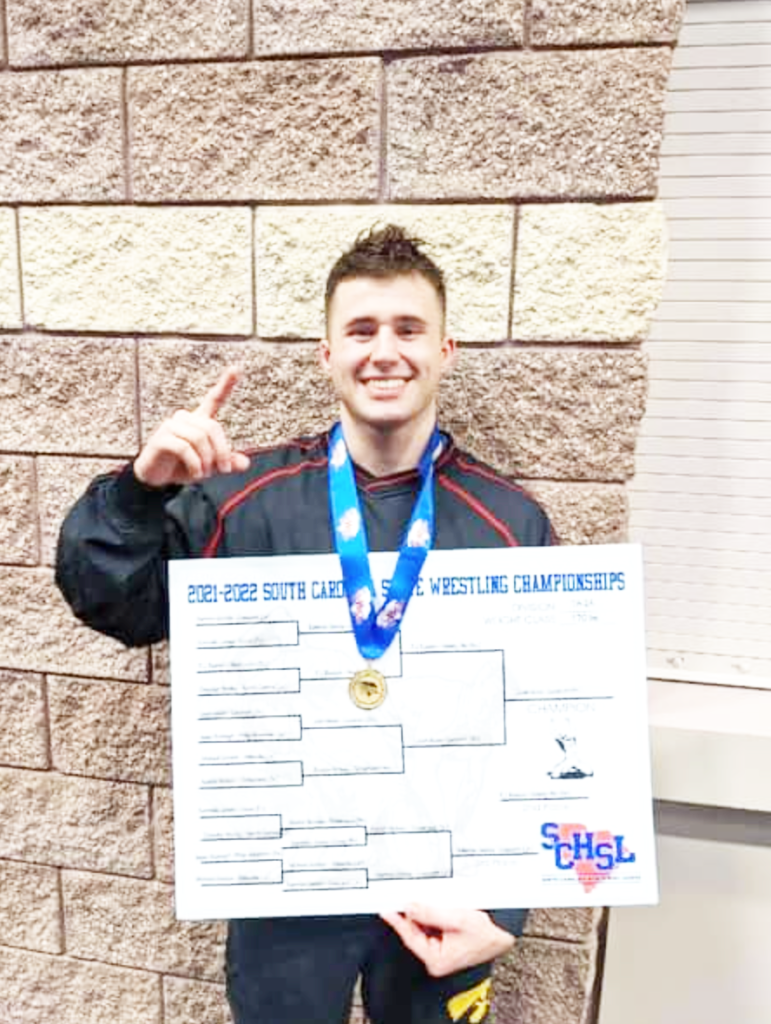 Weighing in at 170lbs, Moss is the third State Wrestling Champion in Landrum history. His final match was at Anderson Civic Center where he won against Ninety-Six High School.  He was escorted through downtown on Saturday night by Landrum Police Department and Landrum Fire Department upon arrival home from Anderson.

He says, “This is something I’ve been chasing for a very long time, and I’ve gotten third place for the past two years, so to get first this year has meant the world to me and everyone that was there.”

Moss is 18 years old and will graduate from Landrum High School this May.