Opening night for TLT’s “Smoke on the Mountain” 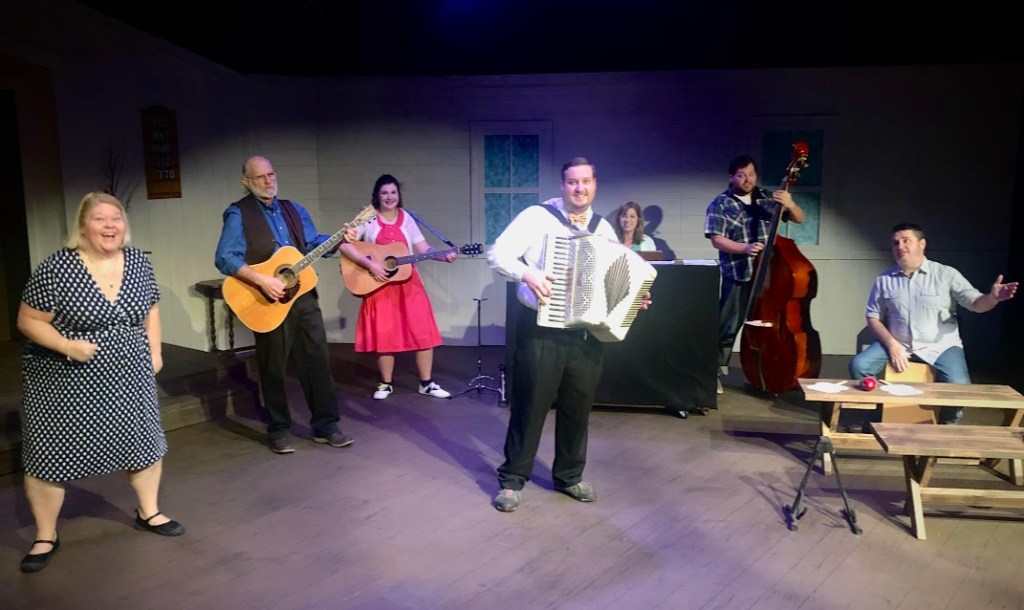 Opening night for “Smoke on the Mountain” is Thursday, March 3

Tryon Little Theater’s production of “Smoke on the Mountain” is opening Thursday, March 3. Originally an off-Broadway musical, it was written by Connie Ray and conceived and directed by Alan Bailey, and is one of the most produced shows worldwide.

The talented cast — who all sing, act, and play their own musical instruments — make up the Sanders Family Singers who’ve been invited to be part of the first Saturday Night Sing at the Mount Pleasant Baptist Church in the NC mountains. However, things start off on the wrong foot as the family is late and poor Rev. Oglethorpe tries to keep the impatient congregation happy.

“Smoke on the Mountain” is not just a concert of old-time hymns, but is truly a musical with bluegrass songs, gospel tunes and some original numbers too! Directed by Carol Cox with musical direction from Pam McNeil, you will be laughing, crying, singing, and foot-tapping as you immerse yourself in a Saturday revival meeting.