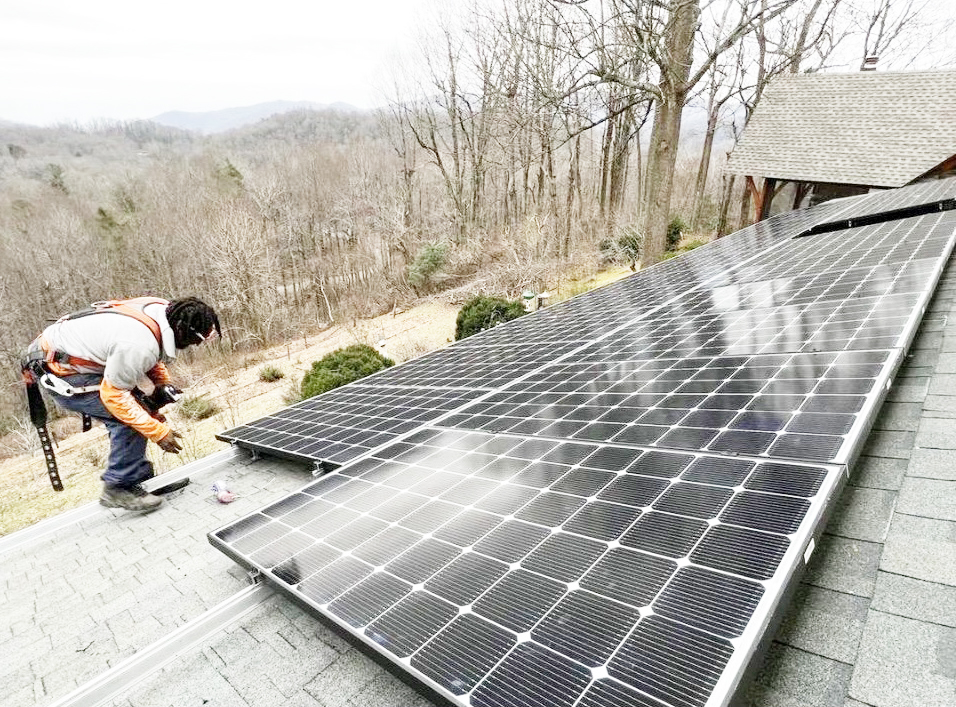 Yesterday, Marianne and her husband Marc had solar panels installed at The Orchard Inn and Newman’s Restaurant.

For many years, Marianne says, they had discussed how often the power went out at the Inn and had been working on going solar for a long time.

She says that now thanks to large solar batteries, they have battery powered lights, kitchen electronics and freezers.

“Now we have battery back-up if the power goes out, and we will have produced enough electricity with solar panels to reduce our input from Duke Energy,” she says.

Currently, they are waiting for electricians to complete the project, and she expects a large part of power needed at the Orchard Inn and Newman’s Restaurant to be provided by solar energy within the next two weeks.