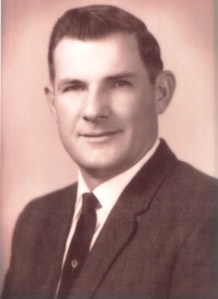 COLUMBUS – Virgil Mack Henson, 89, of Columbus passed away Sunday morning, February 20, 2022, at his home.
Born in Greenville County, he was the son of the late Virgil A. Henson and Hattie McClure Henson and husband of the late Frances Weaver Henson who passed away in 2002.
In addition to his parents and wife, he was preceded in death by three brothers, John Earl Henson, Furman Henson, and Russell Henson.
Mack’s 57-year working career began at the early age of 15 in the family’s hauling business, V.A. Henson.  As the years passed and all the boys joined it became V.A. Henson & Sons, and ultimately incorporated in 1958 as Hensons’ Inc., as it remains today.  Mack held office as Vice President until his father died in 1974 at which time he took over as President until his retirement in 2004.  In addition, Mack was also President of Fletcher Limestone Co., Inc. from 1979 until 1999. Mack was named Businessperson of the Year by the Polk County Chamber of Commerce in 1997.
Mack quietly shaped his community and the lives of those around him with his blunt advice, generous sharing of knowledge, and behind-the-scenes contributions with anonymity rather than notoriety.  He was a visionary who viewed the world through different lenses than most.  His ability to see the possibilities allowed him to navigate as a risk-taker.  He was down to earth, with a witty sense of humor, and a straight-shooting mouth courtesy of his no-nonsense approach to business and life.  His overall success was built over the years by the sedulous care with which he navigated his responsibilities.  Mack took pride in his work and in the people who worked beside him.  Mack’s work ethic, instilled in him by his father, was fierce.   Mack was of the Baptist faith.  He put his faith into action outside the walls of a church.  He enjoyed hosting various events at his farm that benefited those in need.  While his life held numerous roles he knew how to enjoy his time on earth.  He was known to race on local tracks, to get into a little mischief here or there with friends, and to fill a conversation with potentially embellished stories of times past.   He was quoted as stating “I’ve had a ball!” when speaking of his life as a whole.
Surviving are two daughters Linda Fincher (Ellis) of Tryon and Patricia Thompson (Glenn) of Landrum; one sister, Nancy McKinney of Tryon; one uncle, Clarence Henson of Columbus; three grandchildren, Trey Fincher (Missy) of Tryon, Jennifer Thompson of Asheville, and Amber Fincher-McEntire (Ben) of Landrum; five great-grandchildren, Alyssa Wullimann (Phil), TJ Fincher, Verae Upton, Durham McEntire, and Henson McEntire; one great-great-grandchild, Elias Wullimann; and his right-hand man, J.J. Waters.
A graveside service will be held at 2:00 p.m., Saturday, February 26, 2022, in Polk Memorial Gardens with Reverend Dr. Jeff Harris officiating.
In line with Mack’s various routes of giving, should you wish, please select a charity of your choice to donate to in memory of our one-of-a-kind, V.M. Henson.
An online guest register is available at mcfarlandfuneralchapel.com.