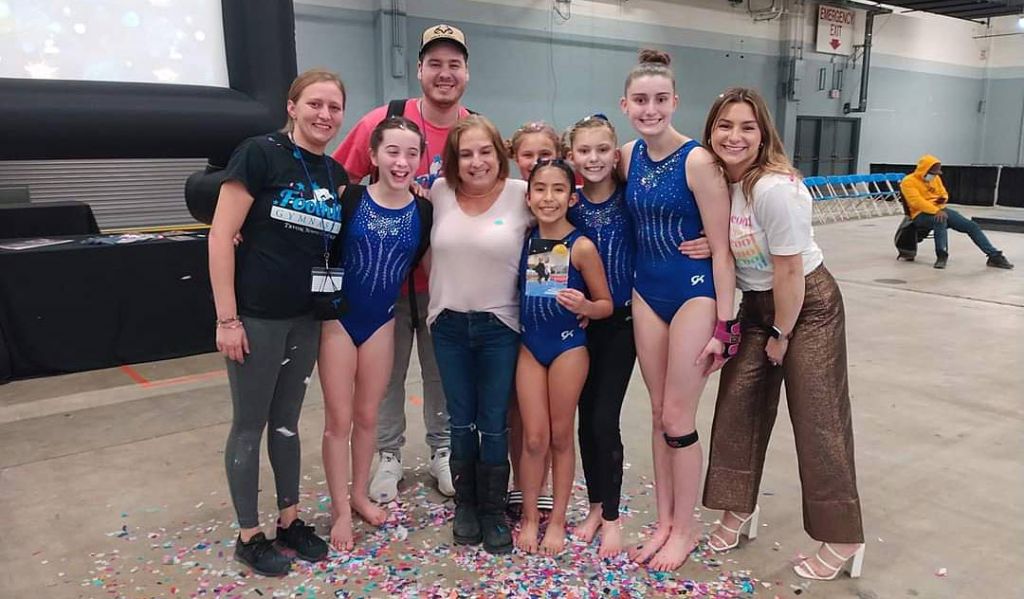 Athletes at Foothills Gymnastics Academy relished the opportunity to meet a gymnastics legend while competing Feb. 5-6 in the Forever our Legacy Competition Greenville, S.C.

The Forever Our Legacy competition was sponsored by Mary Lou Retton and her daughter, McKenna Kelley, with a portion of proceeds benefiting The McKenna Kelley Foundation for athletes’ mental health. Several of the competitors had the chance to meet and have a photograph taken with Retton and Kelley.

For the bronze team:

FGA’s coaches are proud of the growth in these young athletes.

For the gold team:

The gymnasts will compete next on February 19 at the Lucky Charm Competition in Concord.