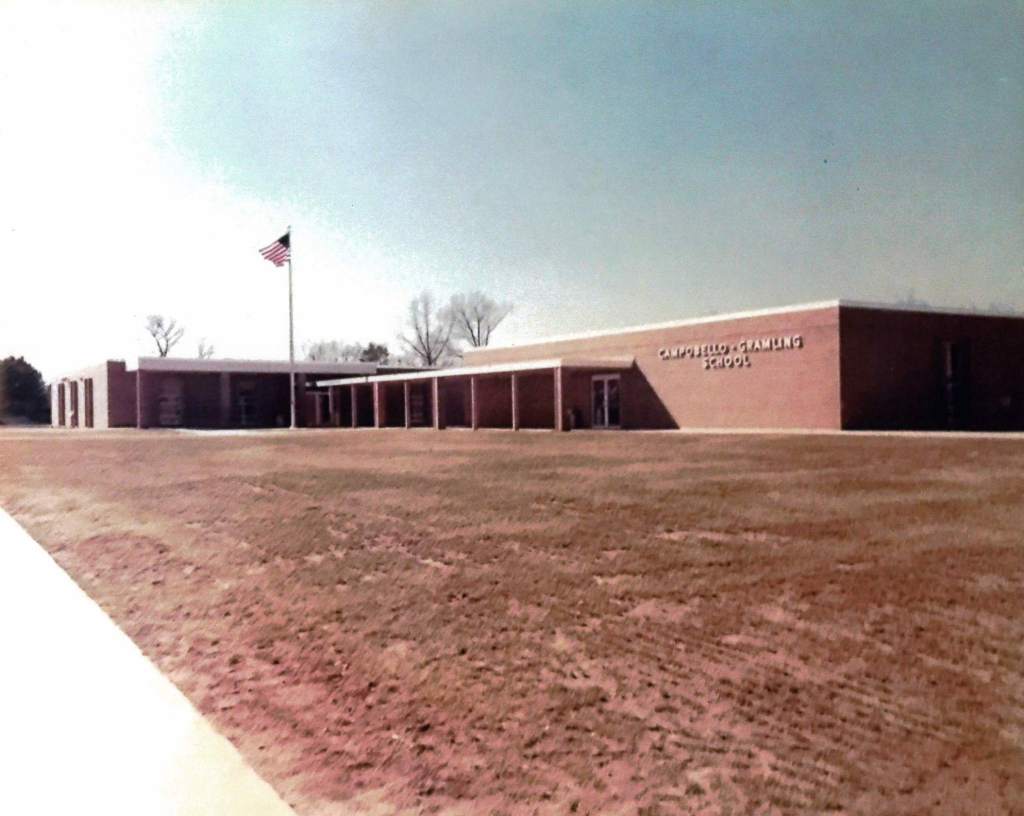 One sunny Saturday this past October I was at the grocery store in Landrum and much to my surprise, I laid eyes upon my sixth grade Social Studies Teacher, Betty Barnwell. She looked exactly the same, and we recognized each other instantly. She informed me that she had just celebrated her 90th birthday. For the rest of the day, I was transported back in time thinking about that era in my life and how much I loved being a student of Mrs. Barnwell.

The year was 1986 – There I was, a sixth grader at Campobello-Gramling School. I had been a student there since I was in first grade. It was the awkward, gangly preteen with a bad perm year, the year of my mom’s non-stop sourdough bread baking bonanza, fun outdoor science lessons on the CGS Nature Trail in Mrs. Hilda Goley’s class, and also the year the of Space Shuttle Challenger incident, which happened just one day before my birthday on January 28th. Many of us including myself were in Mrs. Barnwell’s classroom when it happened and she comforted us during that difficult time.

Everyone has at least one early teacher or school who made a big difference in their life. As a child you might not be able to put your finger on or verbalize what made a teacher so special or why that school is so significant to you. Campobello Gramling was an exceptional school back then, and still is today. It has always attracted creative and uniquely gifted educators like Mrs. Barnwell, from Science and Art, to Social Studies and beyond, and in Mrs. Stallard’s P.E. class where we would engage in Disney’s “Mousercise” and Dancercise to “Hey Mickey” by Toni Basil. We were encouraged to be creative, to be thinkers, and to believe in ourselves. Ah, the 1980’s at good old CGS!

Today, many years later, people from outside the school still recognize how special CGS is. Fast forward to only a couple of years ago, when my friend Kirsten Toledo who was at the time the Community Impact Program Associate for the Peace Center in Greenville, asked me if I’d ever heard of Campobello-Gramling School.

Kirsten says “Campobello-Gramling had one of the most positive atmospheres I have ever experienced at a school. There was student art and projects everywhere, the teachers were excited to be there, and their principal (Jeremy Darby) was thoughtful and creative with his use of their resources. Those students not only had the opportunity for a solid basic education, but had opportunities to challenge themselves, experience and create different forms of art, and engage in activities to build problem-solving skills that will give them an excellent and well-rounded educational foundation.”

As a former student there, it was heartwarming to hear someone, after me being there over thirty years ago, feel the same way about the school as I always have.

Social Studies touches on so many subjects, covering history, current events, civics, economics, geography and many other topics, all in one class. Mrs. Barnwell’s class was right up my alley. In fact, I went on to complete my undergraduate degree in social sciences. The way she taught the class was to engage every student. We were encouraged to actively participate by presenting and commenting to the class what we thought about our assigned topics. One day every week we covered current events. There wasn’t any sitting and listening to just one person talk and take notes. The way Mrs. Barnwell led the class made every student feel included, heard and respected.

Recently I got to sit down and talk with Mrs. Barnwell after all of these years, and finally got to know about some of her life experiences that make her so special.

Though she was born in Polk County, NC and raised in Gramling, I did not know how extensively she has traveled the U.S. She even lived in California on and off for over eight years, which was rare for our area during that time. She brought this experience to the classroom and encouraged us to have an open-minded approach to learning and understanding new things. She taught us to think, confidently verbalize our thoughts, and to listen to and respect one another.

Mrs. Barnwell is an immeasurably strong woman, who has suffered what many would consider unimaginable losses of loved ones throughout her life. At age 15, before her mother passed, Betty made a promise to her mother that no matter what, she would finish all of her schooling. Many years later, after she returned from California with her husband, Mrs. Barnwell got her certificate and began teaching at CGS. She says she got into teaching to fulfill that promise to her mother and because she wanted to help children.

After an 18 year teaching career at CGS, Mrs. Barnwell finally retired and still lives on the original Barnwell estate in the beautiful, tranquil Gramling area. I am so lucky and grateful to have been at CGS at the same time as her. I know many of my classmates feel the same.

She is a life-long member of Gramling United Methodist Church, and credits the church and its members for most of what helped her endure the loss of her parents at a young age. Throughout her life, the church has been a constant source of support and fellowship, and she says she doesn’t know what she would have done without it.

Mrs. Barnwell is a dearly loved mother of four, one of whom is the late Barney Barnwell who was a world-renowned fiddle player in the Plum Hollow Band, formed in 1974. The band still plays today at the Plum Hollow music festival and other venues.

For more information on Campobello Gramling School, go to https://www.spart1.org/campobello-gramling_home.aspx

If you are interested in hearing “Mousercise” circa 1982, check out https://www.youtube.com/watch?v=Ft8lKycReao

For information and to learn more about the history of the Barney Barnwell Moonshiners Band, go to https://www.moonshiners.com