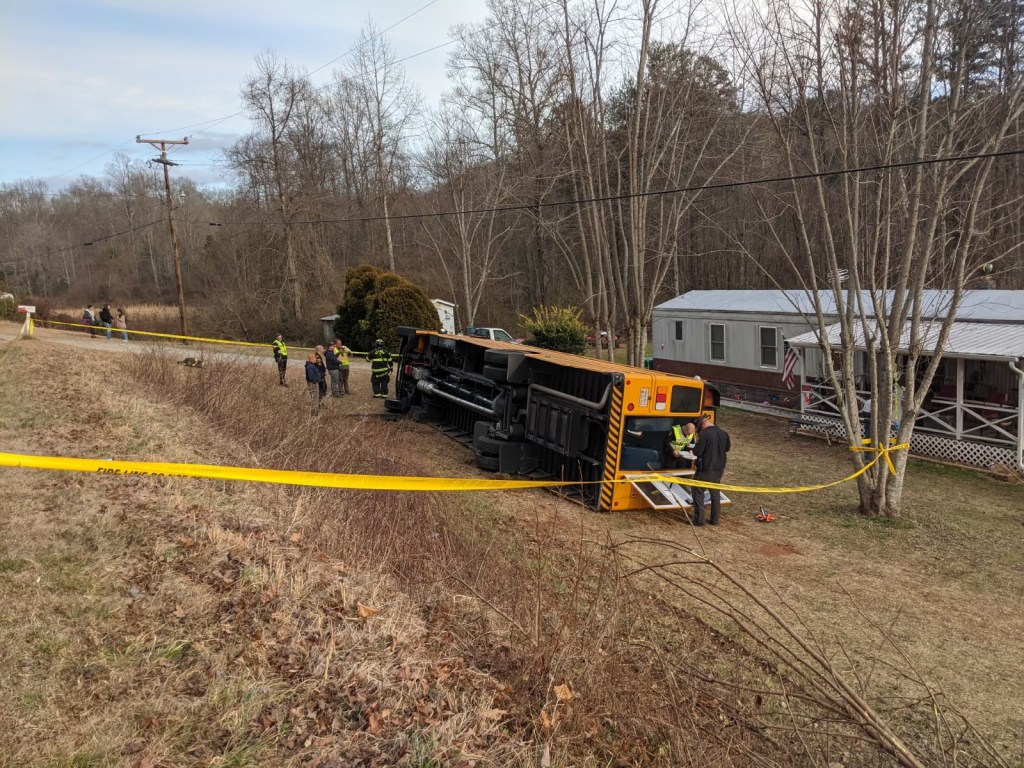 At the time of the accident, Polk County schools sent an email to all families, explaining that there had been a bus accident, and if their child was not home yet, to please arrive at a command post that was set up at Saluda Party Place and Event Center on Friendship Church Road.

The bus veered off the side of the road and down a bank, landing on its side.  At the time of the accident, there were 21 middle and high school students aboard the bus, and several were transported to Pardee and Saint Luke’s hospitals with non-life-threatening injuries.  According to Superintendent Aaron Greene, at 10:15 Wednesday night, the last student was released from the hospital, so no overnight stays were necessary.

“At this point, we are very thankful that even though there were some injuries, there was nothing serious,” Greene says.  “Obviously, they are shaken up; that’s very traumatic for kids and parents.”

Minor injuries included bumps on the head, which were diagnosed as concussions, some lacerations that required stitches, and scrapes and bruises.  No broken bones were reported to Aaron Greene as of Thursday morning.

Greene encouraged the students involved in the crash to stay home from school Thursday, though some came to class the day after and some remained home so parents could observe their child’s recovery.

The driver of the bus was cited for failure to maintain lane control.

A thorough investigation is being conducted with the NC Highway Patrol, who have not released any more information about the driver or details of the incident.

“I would like to emphasize how well our community comes together in a huge crisis,” Greene says.  He sends his thanks to firefighters, EMS workers, and police for handling the situation with care.