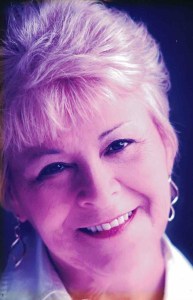 HENDERSONVILLE — Therese Frances (Jones) Beaumont, age 93, of Hendersonville, NC passed away peacefully at her “castle” with her husband Walter Conrad Beaumont by her side on February 14, 2022.
Therese (Terry) was born on December 1, 1928, in Philadelphia, PA, the daughter of the late Therese (Pesa) Jones and Francis Jones. Terry moved to Brooklyn, NY at a young age after the passing of her father. Terry would marry “the boy across the street”, Theodore Pupilla, and move to Elmont, NY on Long Island where they had four children. Later in life, Terry met and later married Walter Beaumont. Terry worked for Walter’s companies, Texan Homes in Holbrook, NY, Sailfish Point in Stuart, Florida, and Story Brook Homes, in Naples, Florida. Terry and Walter eventually made Naples, FL their home where they enjoyed sailing and traveling cross country in their Airstream travel trailer, sometimes being away for months at a time. Eventually, they retired to Hendersonville, NC where they made many friends. Terry enjoyed playing cards, crossword puzzles and was an avid reader. Terry was especially close to her sister Renee and brother-in-law Carmen Cirrincione, with who she socialized often.
Terry is survived by her husband of 40 years, Walter. Terry leaves behind to cherish her memory her four children from her first marriage, Fran May (Fred) of Columbus, NC, Thea Cuccia (Paul) of Fairfield, CT, Teri Conway (Keith) of Prospect, CT, and her son Ted Pupilla (Bobbie) of Northport, NY. Terry will also be missed by her 8 grandchildren who she was so proud of; Michael and Daniel Cuccia, Dallas, Dylan, and Dale Conway, Teddy, Cameron, and Ryan Pupilla. Terry lived a long life and is also blessed with two great-grandchildren, Seth Cuccia (Michael) and soon to arrive Amelia Cuccia (Daniel). Terry also leaves behind Walter’s children from a previous marriage, who welcomed her into their family with open arms and with whom she had a wonderful relationship; Walter Chad Beaumont (Rosie) and his children Seth, Emily, Sarah, and Amy. Gary R. Beaumont (Sally) and children Chad and Lindsay. Terry also leaves behind many nieces and nephews.
Terry will be missed most of all by her beloved dogCharlie. It was not uncommon for Terry to feed Charlie whatever she and Walter were having for breakfast, lunch, or dinner, and even the “doggie” bags that she brought home from a restaurant. Charlie never left her side, and he brought Terry so much joy over the years.

Terry is predeceased by her sister Renee Cirrincione, her much loved brother-in-law Carmen Cirrincione, and her ex-husband Theodore Pupilla. Terry’s family would like to thank her caregivers who gave the “queen” the best care and love, making it possible for her to stay in her castle until her passing. They truly are proof that angels walk among us.
A graveside service will be held at 11:00 a.m., Sunday, February 20, 2022, in Polk Memorial Gardens, Columbus with Mr. William A. Mills officiating.
Memorial may be made to Four Season Hospice, 571 South Allen Road, Flat Rock, North Carolina 28731.
An online guest register is available at mcfarlandfuneralchapel.com