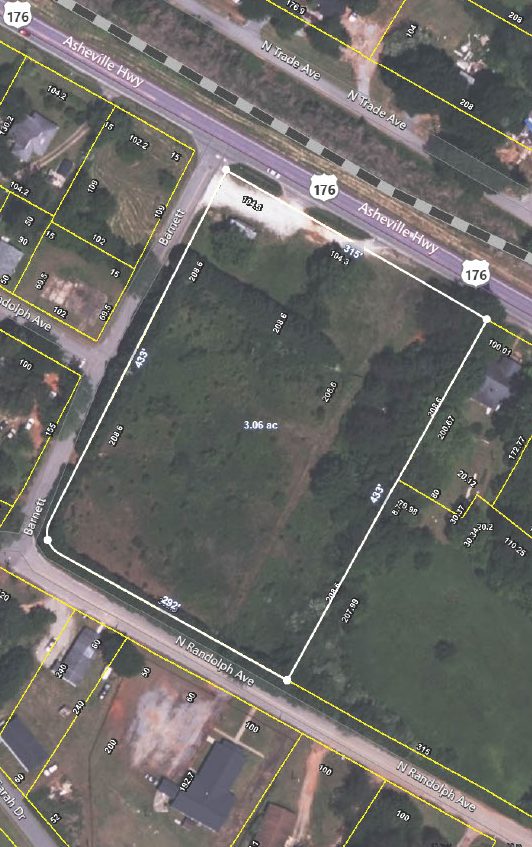 A map showing the 3.06 acres along Howard Ave. in Landrum where the proposed RV park would be.

Second in a three-part series on concerns

LANDRUM—In late 2021, the idea was proposed to the Landrum City Council about opening an RV park in Landrum at 531 North Howard Ave. (Hwy. 176).  Three weeks ago, the council held a neighborhood meeting with residents in the area to determine their feelings about the proposed idea, according to mayor of Landrum, Bob Briggs.  The council is planning to further discuss the proposal at their upcoming meeting this month.

The Tryon Daily Bulletin will feature a three-part series of articles about the proposed RV park and will report the council’s voice on the matter, while also covering the controversy among residents who may potentially be affected by the park.

Michael Stathakis, owner of the Drake House restaurant on Howard Ave., has good expectations for the proposed RV park proposed less than a block away from his business.

“I’m all for controlled growth,” he says.  “I’ve seen the plans. I think it’d be a good addition on that corner.  This is not a trailer park.  These are people on vacation, short term, so while they’re here, they’re going to spend money in the area, eat, get gas and shop.”

He states that as long as the growth of the Landrum area is controlled, the RV park should have a positive impact.

Stathakis also says that he has no concerns about traffic along Hwy. 176.

“Once they get here, I think they’ll be stationary.”

However, he worries about bicycle and pedestrian traffic coming from and going to the RV park.  He states that sidewalks and bicycle lanes are potential projects along Hwy 176. to minimize the risk of collisions involving pedestrian traffic.

Tom Quantrille, owner of the soon-to-be restaurant Stubborn Mule Restaurant and Brewery at 501 North Howard Ave., thinks the pedestrian traffic will be good for business, especially since his restaurant will be fairly new at that time.

“My opinion is not strong, either way, but I think it could help the town,” Quantrille says.

Safety, he says, does not concern him as long as the RV park has adequate lighting and is well organized. However, he believes the property could be put to better use.

“I do think there could be a higher use for the property,” he says.  “If someone wanted to do something with it, I think a tiny home community would be good.”

The overall viewpoint of restaurant owners neighboring the proposed RV park is positive as long as the growth of the community is controlled, and the park offers good lighting.  In addition, the two restaurant owners believe that it will be good for the town and their businesses, however the main concern for safety is pedestrian traffic.

Due to some concerns about foot traffic and cyclists, the town may consider adding sidewalks and a bicycle lane along Howard Ave.

In future issues of the Tryon Daily Bulletin, more information and updates about the proposed RV park will be provided.