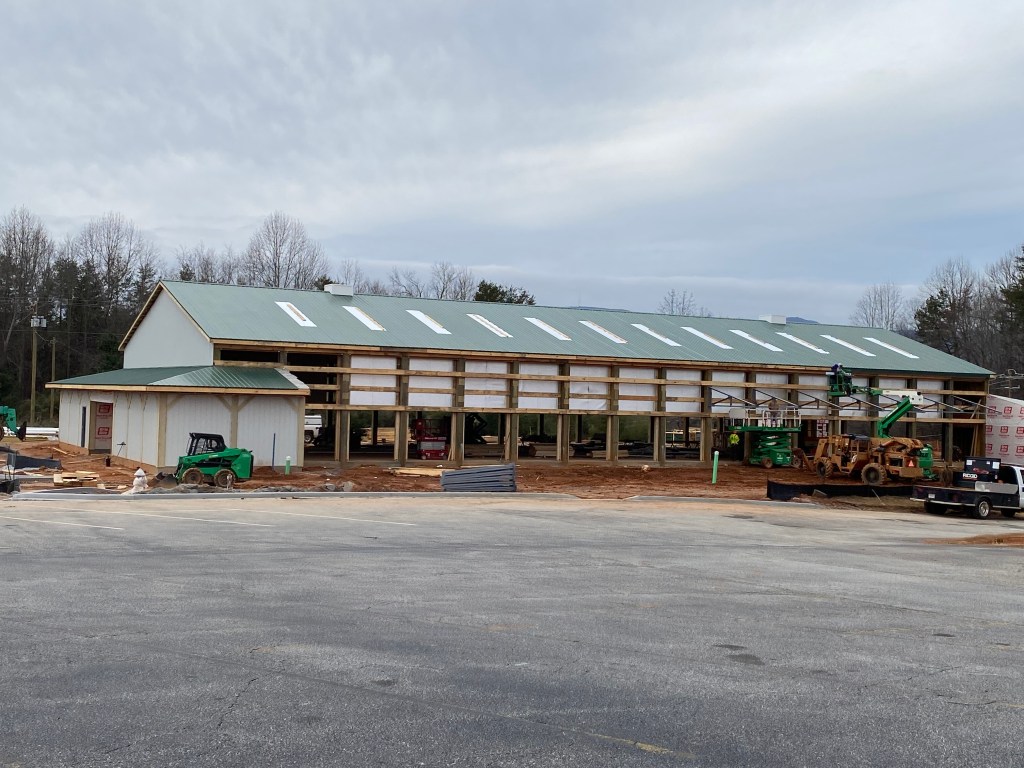 Pavilion expected to be completed mid-March

The new farmers market in Landrum on Hwy. 14 sits on two parcels of land in front of Burkes Outlet.

Greg Broadwater, the general contractor, began the project in April 2021, and it is expected to be completed around mid-March, open just in time for the farmers market to begin in May.
The structure, Broadwater says, is approximately 14,000 square feet under roof, and the enclosed space is 11,000 square feet.  The building includes 33 sliding garage doors, as well.

On Thanksgiving Day last November, the roof trusses toppled down, leading many community members to believe there would be a long delay with the project.
Broadwater says regarding the incident, “It was the perfect storm.  While setting the trusses, we didn’t anticipate the high winds, and we didn’t have the final bracing yet.”

He says it was very disappointing for a lot of people, but the truss company worked with them to get replacements within 2-3 weeks.
“The delay was not near what it could have been,” he says.
Broadwater says that currently his team is finalizing interior rough ins and starting interior finishes.

According to Mayor Bob Briggs, the new building can be used as a wedding venue or for music events.