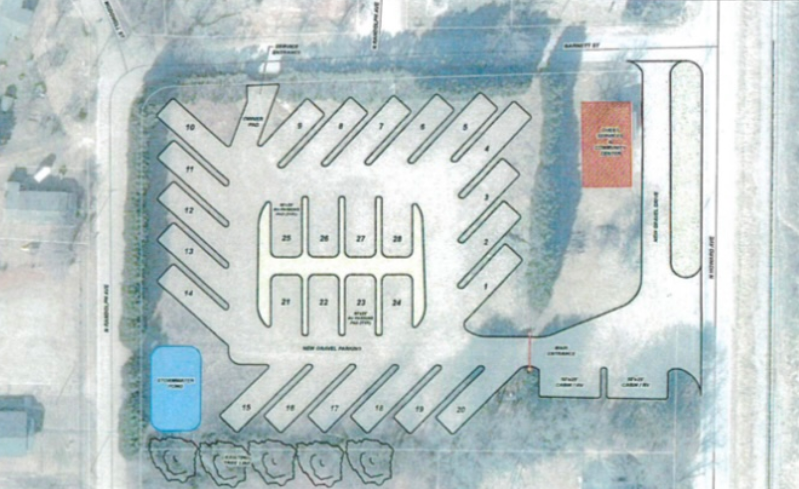 First of a three-part series on concerns

LANDRUM–In late 2021, the idea was proposed to Landrum City Council about opening an RV park in Landrum at 531 North Howard Ave. (Hwy. 176). Two weeks ago, the council held a neighborhood meeting with residents in the area to determine their feelings about the proposed idea, according to the mayor of Landrum, Bob Briggs. The council is planning to further discuss the proposal at their upcoming meeting this month.

The Tryon Daily Bulletin will feature a three-part series of articles about the proposed RV park and will report the council’s voice on the matter, while also covering the controversy among residents who may potentially be affected by the park.

When considering the worries among Landrum residents about the RV park, Mayor Bob Briggs claimed that some concerns about it were valid and some were not.

A Landrum resident, who has requested anonymity, is not in favor of the proposed RV park.

She says, “I feel opposed to it, because these residents don’t want strangers in their backyards. Not just that, but they won’t know who to expect. Are they going to stay for a week?  A month?”

The Landrum resident goes on to say, “I think it’ll be good for area businesses, especially restaurants, but at the same time, don’t you want to know who your neighbor is?”

She claims that her main concern is safety and whether that area of Landrum will suffer from robberies due to the number of unknown travelers entering the area.

Landrum Police Chief Kris Ahler, however, says that the builder’s willingness to work with Landrum Police Department leaves little concern for a negative impact at the proposed RV park.

“Many similar parks exist around the nation, and I found minimal data indicating the park would be a problem for crime if we are proactive about security, surveillance and countermeasures,” Chief Ahler says.

Another Landrum resident, who also requested anonymity, agrees that the RV park should have little to no negative effects on the community, but rather increase property value.

“From what has been there in the past––a bar––and what is going there now––an RV park––I think it is an enhancement to the property and not a detriment  to it, in terms of value and desirability,” he says.
“I don’t have concern about the safety of the travelers. I believe it will have a positive impact on the community because it’ll bring people to the community that’ll be within walking distance to downtown, Hot Spot, restaurants. It brings more to the community. People can come stay and shop and play and have a place to come to. There are very few hotels near Landrum.”

While the major concerns about the RV park centers on the safety of travelers and residents, LPD has already taken measures to assure security. Meanwhile, Police Chief Ahler, Mayor Bob Briggs and a Landrum resident harbor little concerns about the proposed RV park, believing it will produce more appeal to the community.

Part two of this series of articles will focus on the opinions of commercial business owners on Howard Ave., Landrum residents, and traffic concerns.