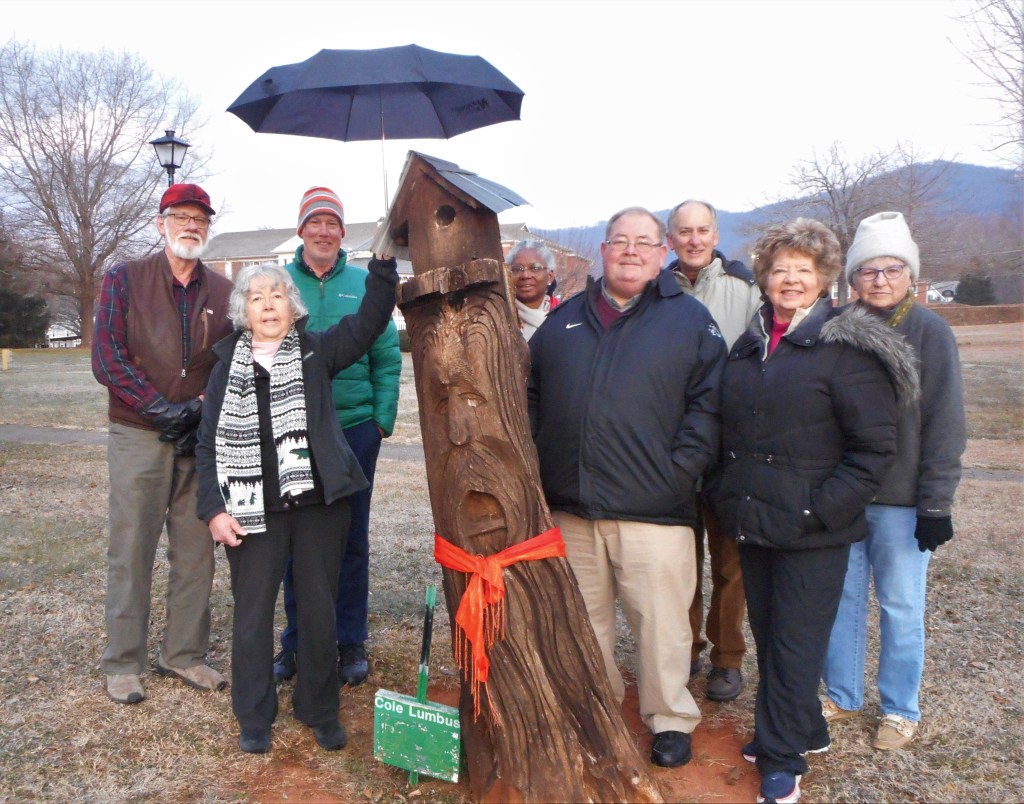 The Town of Columbus was formed in 1855 as the County of Polk officially became a part of North Carolina. The Town itself was officially incorporated on Groundhog Day, February 2nd, 1857.  Our Town’s adopted watchman “Cole Lumbus” a larger than life-sized wood spirit carved by Chris Carrol was relocated from the Green Creek community to the southeast corner of Stearns Park on July 9th 2015, as a Discover Columbus tourism project.