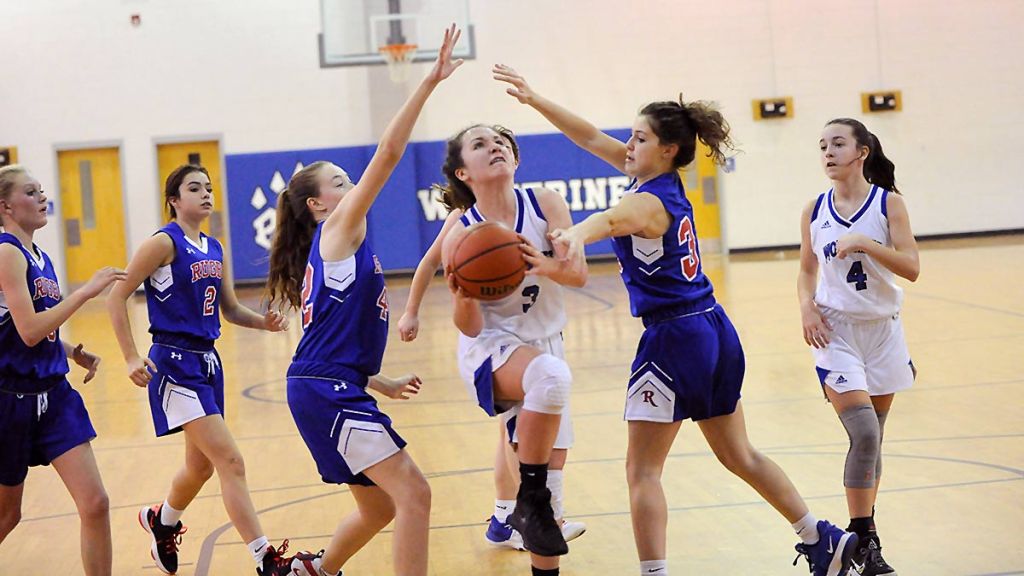 Sound defense and rebounding have been constants this season for the Wolverines, and those facets proved vital Thursday as Polk Middle pulled away in the final minutes to defeat Rugby Middle 31-21 in the Wolverines’ regular-season finale.

Polk completed a 10-0 division record, the Wolverines now 10-2 overall, and will enter next week’s Blue Ridge Conference postseason tourney as East Division champs and top seed. Polk will open the tournament on Wednesday at home, tentatively against Bethel Middle.

There was much to celebrate Thursday on a day in which the program also saluted its eighth graders.

“I’m really proud of the way the girls came together,” said Polk Middle head coach Michelle Fagan. “This is a special group. They’re so unselfish.

“They ran a nice box-and-one on Bailey (Staton), so other people had to step up. But we upped our defensive intensity and that’s what helped us get out of it with a win.”

But Polk opened the final period with five straight points while blanking Rugby on its end. Leah Dotson scored on a layup, Staton grabbed a rebound and scored and Jayden Duncan hit a free throw for a 23-15 lead.

Rugby battled back to within 25-21 with 2:24 remaining, but the Wolverines clamped down defensively and kept the Raiders from scoring again. Polk Middle scored six points in the final 1:39 to seal the victory.

And now the Wolverines can focus on the postseason and chasing the first conference championship in school history.