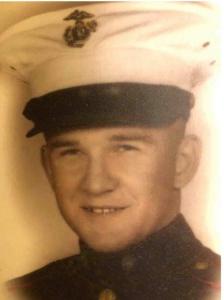 Columbus– Gunnery Sergeant John Frederick Arcularius, 80, of Columbus, NC passed away
on January 27, 2022. Jack was born on June 19, 1941, to John Gustoff and Viola Bader Arcularius.
He retired from the Marine Corps to North Carolina with his beautiful wife Susan Voorhees Arcularius. Jack was an enlisted Marine for 23 years. As one of the founding members of the Polk County Gun Club, Jack was a strong advocate of Junior shooting teams and youth firearms safety programs. Through his efforts, Juniors went on to win many National and International titles in shooting sports. Jack tirelessly supported the US Army Reserve Rifle Team with logistical support during the summer. As the team’s “Dad” he mentored and shaped the future leaders of our Army Reserve. He worked as an electrician after his time in the Marines.

He is survived by his wife of 52 years, Susan, his children, Susan A. Alt, Emma C. Arcularius, John F. Arcularius Jr. Jack had three grandchildren, Arieana N. Alt, Kaelin French, Abigail Arcularius. He is also survived by his great-grandchildren, Lorelei and Riley French. Jack will be joining in heaven his predeceased daughter, Tammy Dawn Arcularius.
An honorable, proud, and unforgettable man. He was a friend, a father, and one hell of a Marine. His memory will live on for generations.
A memorial service will be held on Sunday, February 20, 2022, at Petty Funeral Home at 3:00 p.m.
Memorials may be made to the Polk County Gun Club, 1243 Little Mountain Road, Columbus, NC 28722.
Condolences may be left at www.pettyfuneralhome.com