Cast announced for TLT’s new musical, “Smoke on the Mountain” 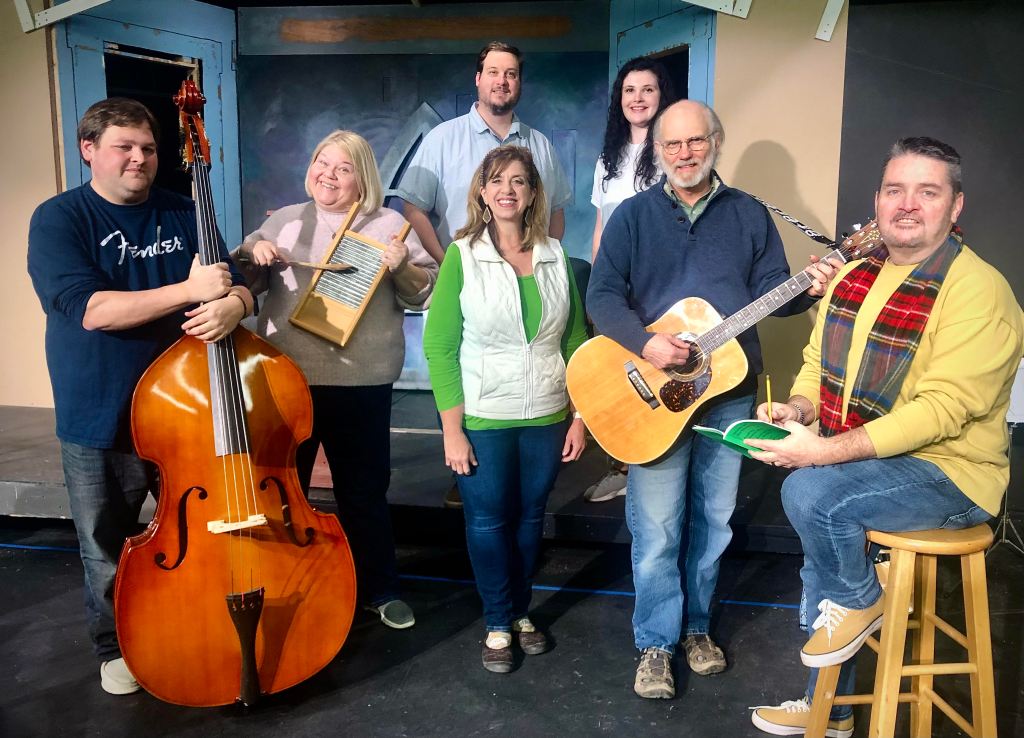 “Smoke on the Mountain” is Tryon Little Theater’s next musical production, playing at the Workshop Theater on Trade St. in Tryon, for two weekends: March 3-6 and March 10-13.

Directed by Carol Cox, with musical direction by Pam McNeil, the setting is in a small, North Carolina Baptist church in 1938 and revolves around the Sanders family, who are invited to perform at a musical revival.  Some things don’t go as planned, some people get offended, some inspired, and the Reverend Oglethorpe may never be the same again.

“Smoke on the Mountain” is not just a concert of old-time hymns, but is truly a musical with bluegrass songs, gospel tunes and some original numbers, and is one of the most produced shows worldwide.

Playing the Rev. Mervin Oglethorpe is Stephen Harris. Burl Sanders (the father of the troupe) is Mark Sawyer, and his wife Vera is portrayed by Wendi Arms. Denise and Dennis Sanders (the twins) are played by Maggie Collins and Alex Tapp. Lori Lee is their sister June, and Uncle Stanley Sanders is played by Scott Waddell.

Director Carol Cox says, “I am very excited to be directing this show. Although it’s a small cast, they are a talented bunch, and will bring so much to the TLT stage – and they play their own instruments too!”

Tickets are $25 and $12 for under 18. Visit www.tltinfo.org for tickets and more information.