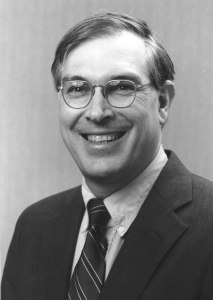 Brevard, NC– Andrew Lewis Rogers, MD, 69, of Brevard, NC passed away on January 7, 2022. Born in Spartanburg, SC, he was the youngest of four children born to the late Henry Morgan Rogers, Sr., and Anne Watts Rogers of Campobello, SC. Growing up he was an enthusiastic horseman and member of the Palmetto Pony Club which led him to have an opportunity to ride for the US Olympic Equestrian team.

A fisherman at heart all his life from age three, fly fishing “hooked” him in the late 1970sand he became an avid and highly skilled fly fisherman. He loved to cook and prepared many delicious elaborate family celebration meals over the years. An enthusiastic road cyclist, it was not unusual for him to bike to Mount Pisgah and back. He also enjoyed gardening, following certain NASCAR drivers, and traveling both domestically and abroad when time allowed.

After graduating from Spartanburg Day School in 1971, he attended Clemson for a year and a half before transferring to Randolph-Macon College in Ashland, VA where he graduated in 1975 with a BA degree in English Literature and Philosophy. He helped put himself through college working as a veterinarian’s assistant. He also spent his junior year in Ireland at both Trinity College and the University of Dublin studying W.B. Yeats, his favorite poet.

Soon after moving to Charleston, SC he began taking pre-med courses at the College of Charleston, volunteering and later working in the Medical University of SC (MUSC) burn unit. He later attended medical school at MUSC from 1978 to 1982. Upon graduation, he and his wife Emily traveled with their first child to Wichita, Kansas for his five-year general surgery residency at St. Francis Regional Medical Center. Upon completion in 1987, he began his surgical practice in Tryon, NC at St. Luke’s Hospital before moving to Brevard in 1991 to practice surgery at Transylvania Community Hospital. He liked practicing in small rural communities because he felt he could make a bigger difference and “know my patients as people, not just as numbers on a medical chart.” He always had a strong sense of community.

In 2007, he became a traveling surgeon with LocumTenens.com practicing in mostly small rural hospitals in Alaska, Missouri, North and South Carolina, Virginia, Vermont, and the Marshall Islands. He was named “Locum Tenens Physician of the Year” among over two thousand physicians in 2010. He retired from medicine in 2016.

Writing was another of his passions that lay dormant until he had time beginning in 2013.  While covering surgery needs in the Marshall Islands in 2014, he wrote the initial draft of the first of seven historical fictional novels in a series. He continued writing into 2021 finishing the seventh. He kept his lively and often wry sense of humor that he delivered with a serious expression until his last days. He was a strong believer in “laughter is the best medicine”.

Spending time with his family when he could was the most important thing to him throughout his life. He is greatly missed by all who loved him. He is survived by one sister, Sarah Wingfield Rogers Courson, his wife of forty-one years, Emily DuPre Rogers, four children: Emily Rogers Bechtold, David DuPre Rogers, Elaine Rogers Bergstrom, and Kathleen Morgan Rogers, four grandchildren: David C., Max, and Mia Rogers, and Alliana Bechtold.

A memorial service is planned for Saturday, February 5, 2022, at 2:00 pm in Parker Hall at the Brevard Music Center. Masks are required by the facility and also in consideration of the family’s wishes. In lieu of flowers, donations may be made to the following charities in Andrew’s name: Transylvania Habitat for Humanity (transylvaniahabitat.org), The Cindy Platt Boys and Girls Club of Transylvania (bgctransylvania.org), or the Greenville Shriners Hospital for Children (shrinerschildrens.org/locations/greenville).

Online condolences may be left at www.moodyconnollyfuneralhome.com