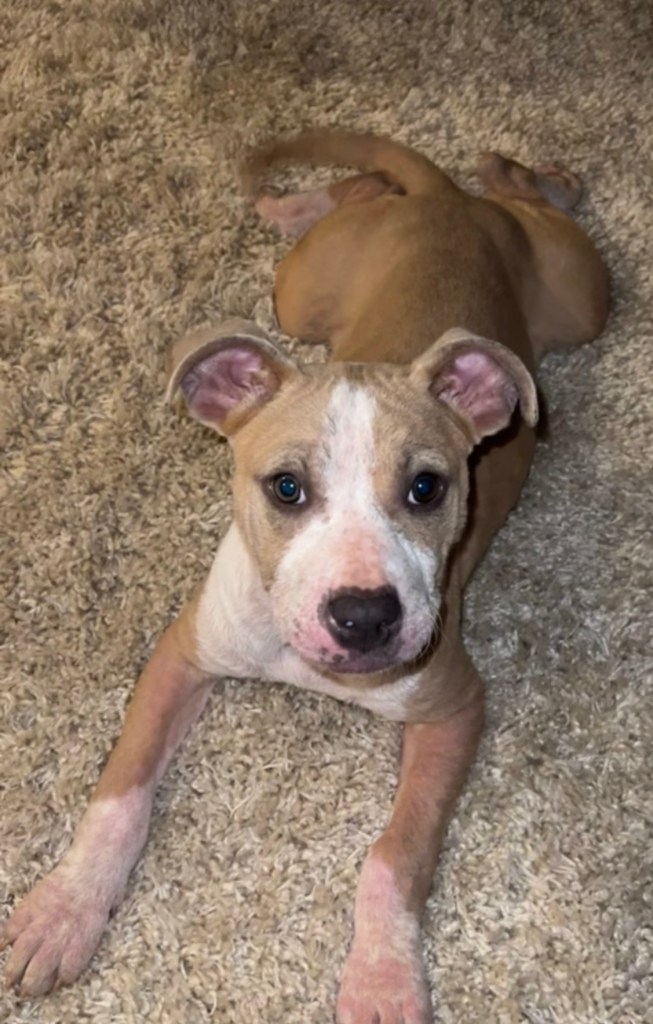 Fifteen years ago one of my first special case tales was of Gizmo, a tiny brindle pup that had been tossed from a car, picked up and brought to the shelter.  Gizmo was the beginning of my urgent care fund which today is just Lennie’s Kids.  The soulful little pup had some hip and leg fractures, and promised if we’d care for him he would be no trouble at all.

Landrum Vet took care of Gizmo for free as a promise to me and my urgent care was off and running.  Gizmo was adopted by Sue and Rick Wallahara and lived a long life helping Susan and Richard foster countless animals at their farm.  I constantly heard updates during his life and was privileged to hold him and say goodbye at the end.

Last week while visiting FHS I met Jello, a 6 month old pit mix.  Jello had been kept in a confined place and came in malnourished, underweight; full of mange and her growth had been stunted.  At first it was as though she was only 3 months old but after a few pounds were put on her and given space to roam, her true age emerged.

Stephanie, a staff member who has been assisting me in helping maintain an urgent care fund at FHS, tearfully gave me the rundown on Jello.  “We call her Jellybean when she misbehaves,” Stephanie said smiling.  “I’ve been here three years and though I’ve loved many animals, Jello is the first one I intend to adopt,” Stephanie went on.  “I totally understand,” I said laughing.  Stephanie had taken Jello home to help her recuperate and Jello and her dog Jasper fell instantly in love.  Stephanie showed me film and photos of the two of them together and the image filled my heart with joy.  Stephanie took Jello from her cage before taking her for a walk and held the pup in her arms.  Jello laid her head against Stephanie’s shoulder and for some reason visions of Gizmo crossed my mind, “I’ll be no trouble at all.”

I promised Stephanie that whatever she may need to help Jello, I would provide.  I gave Jello my customary kiss between the eyes and told her, “Little girl, Stephanie will probably be your new mom and if you’d allow me, I’d be honored to be your Uncle Lennie.” 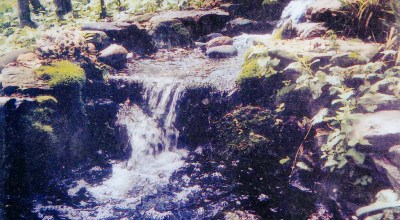 Quotes for a winter’s day