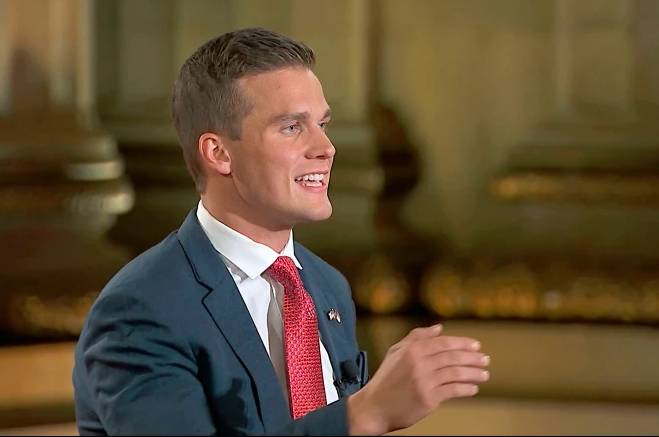 Challenge was filed with North Carolina Board of Elections

POLK COUNTY—A challenge was filed with the North Carolina Board of Elections on Monday to block Rep. Madison Cawthorn from running for reelection.

There were 11 voters who filed the challenge saying Cawthorn’s actions on Jan. 6, 2021 disqualify him from being a congressman.

Cawthorn currently represents North Carolina’s 11th congressional district and says he will run for the new 13th district in 2022, which both represent Polk.

The challenge states that Cawthorn’s actions before and on Jan. 6, 2021 violated the 14th amendment, which says that no one who has taken an oath as a member of Congress shall have engaged in insurrection or rebellion against the same, or given aid or comfort to the enemies thereof.

The challenge includes Cawthorn’s speech at the rally, which he told Donald Trump supporters, “this crowd has some fight.”

The challenge also includes comments that Cawthorn made on social media that the challenge says provided “a reasonable suspicion or belief” that he helped facilitate the insurrection.

The 5-member board of elections is expected to meet on Wednesday.

A Cawthorn spokesperson said over 245,000 patriots from western North Carolina elected Cawthorn to serve them in Washington and a dozen activists who are comically misinterpreting and twisting the 14th Amendment for political gain will not distract him from that service.