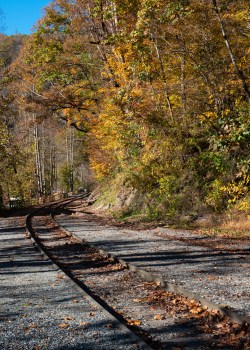 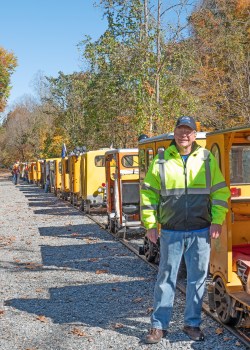 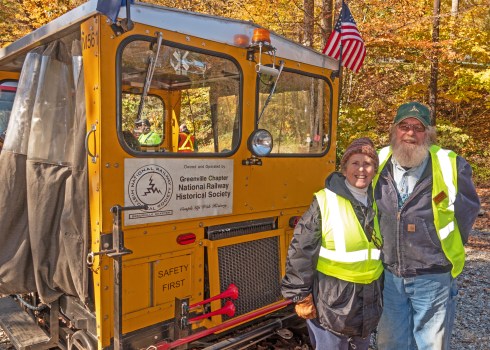 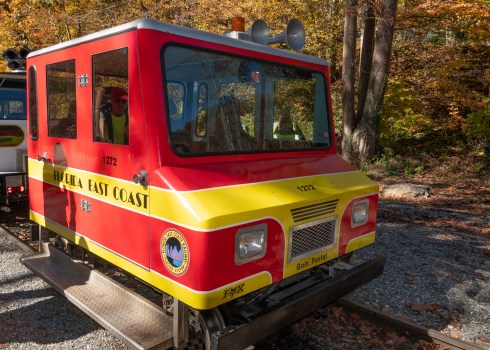 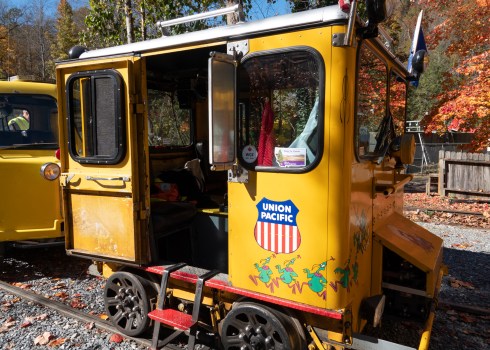 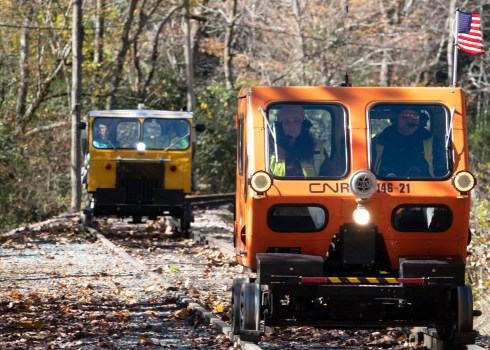 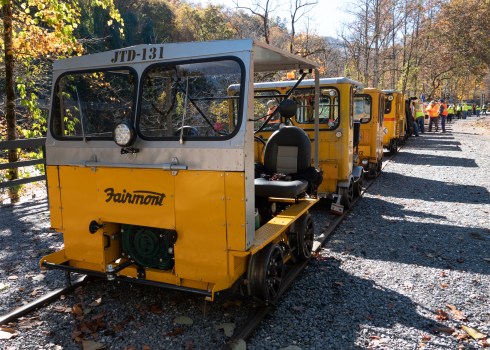 Billy Inman, local entrepreneur and Landrum City Councilman for 32 years, never really played with train sets as a youngster. Like most kids of the day, he might have had a minimalist Lionel train set somewhere in his past. It wasn’t something he remembers as being a favorite toy. Like others, the thrill of seeing trains pass through Landrum and the Foothills was always good for his soul. But Billy had no idea that he would ever own his own railroad (or at least a part of one) and personally get to ride the rails in search of scenery, adventure, and family fun.

That all changed in 1998 when Billy and his wife, Shirlene, were in Dillsboro, North Carolina to take an excursion on the Great Smoky Mountains Railroad. The scenery was nice, and the ride was fun, but what caught their attention was the site of something they had never seen before. On the railroad tracks was not one, but several railcars. Billy was instantly intrigued. He went up to get a closer view.

Billy learned that railcars were used by the railroads to send crews out to check the condition of the tracks. You might remember the old movies of a cart with one or two people on either side of a handle pumping it up and down which propelled the car. That was old school. These mostly gasoline-powered railcars replaced those and remained new school for a few decades. Today, standard pickup trucks with retractable guide wheels are the vehicles of choice. They are more practical being able to go faster and carry more crew and gear. That left thousands of these railcars sitting in train yards to rust away and fade from memory.

But that changed when someone got the brilliant idea to buy one, get it running (if not already), and ride it on the tracks…often the same tracks used by standard-gauge locomotives and the cars they pulled.

Billy’s fateful day turned even better as a friendly owner invited him to hop on board and take a ride. It was Bobby Moreman, a policeman from Georgia, who gave Billy the first ride that started a love affair with railcars. Within minutes Billy knew he had a new hobby for life. He and Shirlene decided to go for it and set about finding a railcar of their own. It took a few more years before this came to be. They didn’t go it alone. In 2005, Clyde Davis, a friend from Inman, went in with Billy and Shirlene to locate, buy, and refurbish their first railcar. The railcar was in Colorado. And just a few days after purchase, they were near Memphis taking their first railcar excursion.

Of course, one can’t just purchase a railcar and plop it down on any old track and proceed blindly down the unknown. It takes a team and an organization to make it happen and safety is their very first concern. The organization is NARCOA (the North American Railcar Operators Association). The organization accepts members, negotiates use of tracks, signs the contracts, and sets up excursions at appropriate times when the track is not going to be used. In some cases, they follow one train out or at some point must pull into a siding track to let a train pass.

NARCOA has nearly 2,000 members including Billy and others in the area. NARCOA sets up stringent safety rules and even administers a test to would-be drivers – though by now they are engineers. And while members have an incredible time riding the rails, they take their hobby seriously and follow rules to the “T.” They must renew their credentials every two years.

Today Billy has his main railcar and two others in various states of track-readiness. It’s always good to have a “scrap” railcar just to use for hard-to-find parts. While some members rebuild theirs from top to bottom, no new railcars are being built. The organization warmly welcomes new members. The area regional clubs help members locate, purchase, and repair railcars to get them into service.

I caught up with Billy on a gorgeous Sunday morning at the Nantahala Outdoor Center (NOC) in Wesser, NC. The tracks used by the Great Smoky Mountains Railroad (GSMRR) follow the gorge with the Nantahala River flowing down below. It was on that track that Billy, Shirlene, and another hundred or so railcar enthusiasts were riding in nearly 50 railcars of all colors and descriptions. It was quite a site to see. It doesn’t take long to understand how Billy and the others got hooked.

This ride was two days long. Excursion leader Tom Falicon and excursion coordinator Mugzi Falicon had an impressive schedule that would make any stationmaster proud. It was all spelled out in detail. Times are listed as when to unload the cars, when to meet for job briefings, and departure and arrival times for stops along the way. When I caught up with Billy and Shirlene, they had already traveled from the Andrews Depot to NOC. After a rest break, the sounds of the train horns started blaring from the railcars and they departed for their next stop in Bryson City. Bryson City is the home of the Great Smoky Mountains Railroad which transports hundreds of thousands of passengers each year on site-seeing and specialty trips along the same routes. After lunch in Bryson City, they again boarded and headed for their night’s stop in Dillsboro. That’s the city where Billy first got to see and test the waters of his new passion. On Monday, they reversed the route to end up back in Andrews. On this day they were sharing the track with a GSMRR train which takes additional planning and cautions.

Watching passing trains has been a favorite pastime of many adults and kids. We’ve missed that in Landrum, Tryon, and Saluda when Norfolk Southern Railroad took that stretch of track out of service. It would be one of Billy’s dreams to see that track repurposed for excursion trains like the Great Smoky Mountains Railroad that could also be used for railcar adventures. Billy says there would be plenty of room to incorporate a hiking-biking trail alongside the track. While he hopes the track can be saved, he’s wasting no time in promoting the memory of rail service in the area. Billy, along with others, are seeing that the new Landrum Rail and History Museum becomes reality. This museum, which will be located inside a Pullman sleeper, sits adjacent to the Landrum Depot. He’s hoping that the museum will open near the end of this year.

Until then, “All Aboard!”

Interested in getting your own railcar? Billy says the first step is to check out the NARCOA.org website and then search for various Facebook groups that offer help in buying, restoring, and maintaining railcars. And of course, there are plenty of YouTube channels devoted to this hobby. Billy is happy to chat with anyone interested in the railcar hobby. Email him at b_inman3@yahoo.com.

Check out this YouTube video by JDashRider of Billy’s recent excursion in the Western North Carolina mountains at: https://www.youtube.com/watch?v=01ObPsphKqI