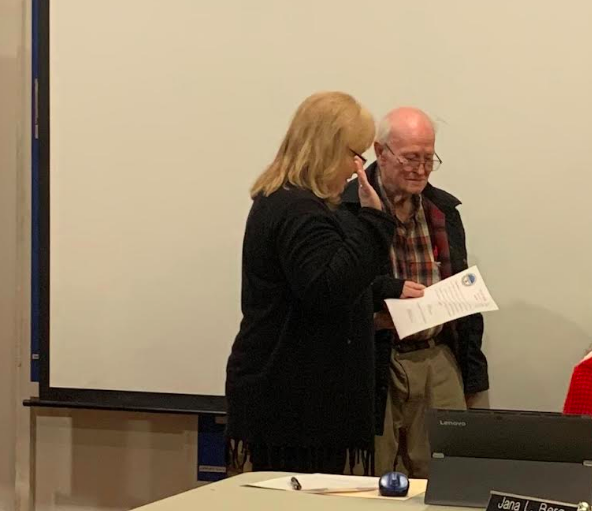 The City of Saluda held its swear-in ceremony recently and swore into office its first female mayor Tangie Morgan. Morgan was sworn in alongside her father, Leon Morgan, a long-time former city commissioner. (Photo submitted by the City of Saluda)

SALUDA—The City of Saluda officially has its first female mayor.

Morgan was sworn into office alongside her father, Leon Morgan, who was a long-time Saluda commissioner.

The Saluda mayor was the only race in the county for November’s municipal election. The rest of the towns either had only incumbents running for office or in Columbus, an incumbent council member did not run but a challenger filled the spot.

Tryon and Columbus also had swear-in ceremonies in December.

Tryon swore into office mayor Alan Peoples and commissioners Bill Crowell and Bill Ingham, who all retained their seats unopposed.