It took Satchel McCoy just eight seconds Wednesday evening to give Polk County a much-needed spark and show the focus these days of the Wolverine wrestling program.

Those eight seconds were all McCoy needed to pin Chase’s Jonathan Bradley, that victory sparking a Wolverine rally that led to a 52-30 victory over the Trojans and the first of three team wins in a quad meet hosted by Polk.

The County, as the program now brands itself, followed the Mountain Foothills 7 Conference win over Chase with a 66-12 victory over Shelby and a 72-9 rout of East Rutherford. Those wins improved Polk’s record in dual matches to 8-4, its conference record to 2-0 and allowed the Wolverines to celebrate a successful Senior Night in their final home matches of the regular season.

Efforts such as McCoy’s quick fall are what Polk head coach Scott Taylor wants to see. He just wants to see more of them on a consistent basis.

“I’m proud, but I’ll never be satisfied,” Taylor said. “We huddled before the last match (against East Rutherford) and I told them that we need to wrestle to our abilities, not based on what somebody else does or what looks good.

“They should never be satisfied.”

That push served the Wolverines well in the opening match of the evening in which Chase surged to an early 24-6 lead.

McCoy’s fall stopped that run, and the Wolverines began their own wave of wins as Collier Foster scored a pin at 138 pounds and Deaken Nodine and Bryson McCraw each dominated their matches and posted identical 18-3 technical falls. Jacob Knighton’s pin at 170 pounds and three Chase forfeits secured the win for Polk.

The Wolverines dominated a depleted Shelby squad that forfeited six weight classes, then scored seven wins by forfeit in the win over conference foe East Rutherford.

One of the highlights of the night for Polk – every senior scored a win on the mat, with Tori Strickland sealing that with her fall over East Rutherford’s Cindy Rubio at 106 pounds.

Polk wrestlers are scheduled to be in action again Friday, taking part in The 26th Annual Leigh Hebbard Invitational at Eastern Guilford High School. That tournament is slated to include a number of schools from throughout the state.

A key conference tri-match then awaits Polk County on Tuesday as the Wolverines travel to Patton to face the Panthers and Brevard. 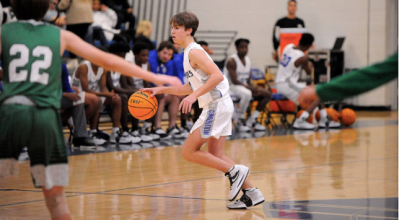